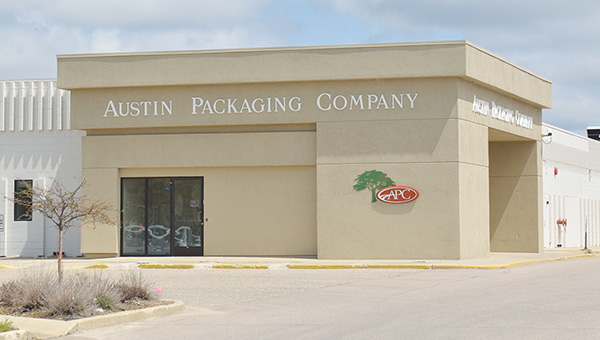 AUSTIN — A Minneapolis-based food production company will be the new owner of Austin Packaging Co., pending a court approval today and sale closing next week. The company says it plans to keep APC in Austin and expand its operations.

Bellisio Foods Inc., which manufactures Michelina’s frozen dinners, along with products for Boston Market and private-label companies, bought the Austin company with a winning bid of $6.1 million on Wednesday and will assume about $280,000 of remaining liabilities, as well. It was one of two parties to bid on APC. Production is expected to remain in place in Austin, and optimistic Bellisio officials have plans to expand.

During the past two months, APC operated under the interim management of Tony Natale, of Shepherd Partners Inc. of Chicago. He helped stabilize the company’s dire financial situation after former owners Jim Heimark and Jeff Thatcher filed for receivership, a step toward bankruptcy, on April 10, several weeks after shutting down APC’s frozen pizza department and laying off about 75 employees. Since then, Natale, APC owners and Wells Fargo Bank hashed out a plan, which was approved in Mower County District Court, to sell the company’s assets and pay debts. At one point, Austin Packaging had a $2.9 million balance on a Wells Fargo line of credit, $1.9 million in unpaid equipment loans, along with trade creditors asserting claims for a total of $5.8 million as of April 30, according to court documents.

According to Natale, Craig Heimark, Jim’s brother and a partial owner, was instrumental in the sale of the company. He was also the initial bidder, on behalf of APC Aquisition LLC.

“Essentially, all companies in the condition that APC was in fail because they run out of money and they run out of time, and Craig provided the money that allowed the company to get to a successful sale,” Natale said. “He deserves compliments for his efforts.”

After hearing about APC filing for receivership, Bellisio officials started eyeing APC in mid-May. After discussions with Natale and customers, Bellisio was able to retain APC’s customers and doesn’t expect to have any interruption in food production, as well. Therefore, Tuttle said, workers will keep their jobs.

Natale added, “I am happy for the employees and the community of Austin that Bellisio is making this commitment to operations here.”

Tuttle couldn’t offer specifics about expansion or employee contracts, but one thing is clear: He’s confident. Bellisio plans to reopen areas of the facility that were not recently being used.

“All the open areas not utilized we will review as opportunities for growth,” Tuttle said.