NORTHWOOD — A Northwood man was stabbed Wednesday night after an alleged altercation at the Schoolside Apartments in this community. 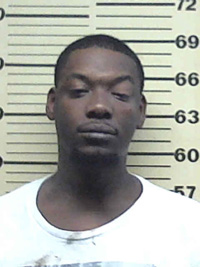 The man, whose name and age have not been released, was flown by Mercy Air Life helicopter to Mercy Hospital in Mason City.

His condition this morning was unknown.

Authorities arrested 26-year-old Donald Monte Baker of Northwood for felony assault at the scene, according to the Worth County Sheriff’s Office.

The altercation reportedly took place shortly after 9 p.m. The Sheriff’s Office received a 911 call of a fight in progress at the apartments, 607 N. Seventh St., and when a deputy arrived, he reportedly found the victim sitting on a curb with stab wounds.

The case remains under investigation. It is unclear what the two men were fighting about.

Assisting at the scene were the Manly Police Department, the Northwood Fire and Rescue Department and the Mason City Fire Department ambulance crews.