Officials want to reduce stigma of getting care

Editor’s note: This is the last in a six-part series about guns.

It could be your neighbor, a co-worker, your mother or even your best friend.

According to the National Institute of Mental Health, an estimated 26 percent of Americans 18 and older — about one in four adults — suffer from a diagnosable mental disorder in a given year. 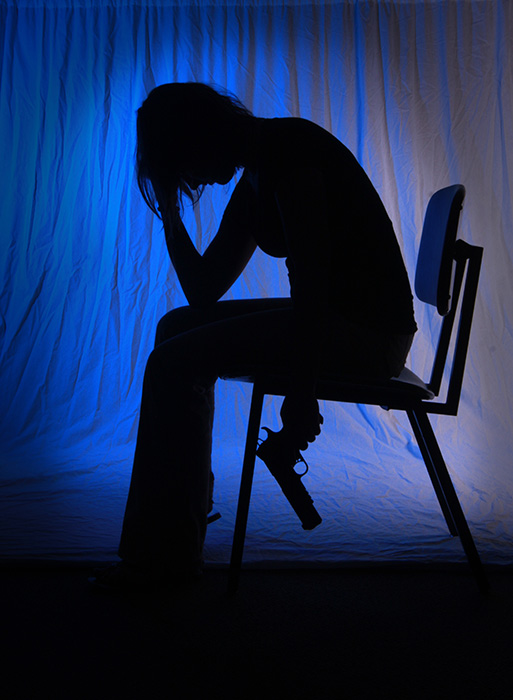 As the discussion continues about gun control in the wake of the Sandy Hook Elementary School shooting last December, the national conversation has turned toward whether mental health played a factor in the tragedy. Though questions remain on whether shooter Adam Lanza’s mental illness drove him to commit homicide, it has been documented that other gunmen involved in mass shootings suffered from mental illness.

As concerns have been raised, officials on the local, state and national levels have expressed a desire to reduce the stigma surrounding mental illness and to encourage treatment of those diagnosed.

He, too, called for an end to the stigma of mental illness, encouraging the mentally ill to seek treatment.

“We whisper about mental health issues and avoid asking too many questions,” the president said. “The brain is a body part, too. We just know less about it. And there should be no shame in discussing or seeking help for treatable illnesses that affect too many people that we love.”

The conference came after Obama’s effort to pass gun control, including more background checks for purchases and a ban on assault weapon sales, was voted down in the Senate. The need to improve the country’s mental health care system is something all sides of the gun debate, including the National Rifle Association, have advocated.

The president has strongly advocated for changes after the December shooting, in which Lanza killed 20 children and six adults at the school before turning the gun on himself. While federal law bans certain mentally ill people from purchasing firearms, Obama is trying to get more mental health records included.

Though he has been working on legislation since he began office in 2009, he said his efforts were heightened in the aftermath of the Sandy Hook shooting.

He has introduced a bill called the Justice and Mental Health Collaboration Act, which calls for improved access to mental health services for people who come into contact with the criminal justice system. He said there are times when it makes sense not to send people to prison if their problem is either mental illness or substance abuse and addiction. Instead of going to jail, they could be sent to a treatment program and have a better outcome and save tax dollars.

Franken said he has talked with hunters, law enforcement, school officials and other stakeholders, and has also raised awareness on the importance of mental health care in schools. He met with three mothers whose children have benefited from mental health treatment.

A need for early treatment

He gave an example of a 26-year-old woman who had two children, an 8-year-old boy and a younger daughter. The boy was acting out and was diagnosed with Asperger’s syndrome, Franken said. He started treatment, was transformed and become much happier.

“The earlier you treat this, the better outcomes you get,” he said. “When I talked to these moms, it was the difference between manageable and unmanageable.”

He said as he has worked on the proposals, the issue has become less about guns and more about improving people’s lives.

The provisions for mental health in the schools were included as an amendment to the gun bill on a 95-2 vote but because the gun bill failed, the proposals have not yet come to fruition. The proposals are now a part of the Strengthening America’s Schools Act, which has passed out of committee.

Franken said he wants to reduce the stigma of mental illness because it can increase barriers for people seeking help.

“A lot of Americans have mental health issues,” he said. “It’s the same as if you have diabetes or cancer. It’s something that can be treated and should be treated.”

Locally, there are about 700 clients who receive some kind of care through the Freeborn County Mental Health Center alone, according to program manager Linda Wollenburg.

Buhmann said the county’s psychiatrist has about 150 clients on her caseload right now, and case managers each have about 40 active cases.

The staff at the health center meet with people with disorders ranging from attention disorders to anxiety and depression to bipolar disorder and schizophrenia.

Freeborn County is one of three counties in the state to have its own mental health center. The remaining counties contract out with other local providers.

Buhmann said there is difficulty getting people with mental health issues in to see a doctor as quickly as possible. The county has waiting lists of about a month or two, and they’ve heard the same is true at Albert Lea’s hospital.

Outside of the county’s mental health center, there are two behavioral health therapists at Mayo Clinic Health System in Albert Lea and a handful of others in private practice.

“If you’re in crisis, your first step is to see your doctor,” Buhmann said. “If that can’t happen, we see more emergency room visits.”

The county is trying to recruit one more psychiatrist and therapist for its mental health center, Wollenburg said. The staff serve both adults and children.

Buhmann said the county struggles with unfunded mandates coming from the state and federal government for mental health, and he wishes there could be more funding to cover them.

Should there be changes in gun control policy related to people with mental illness?

Wollenburg said she thinks the bigger issue is making sure the existing laws are enforced and working to promote a culture of respect.

“Those are the real issues that aren’t being addressed at all,” she said.

Wollenburg said she thinks that having people with mental illness being linked to a gun database would violate their rights.

“Start doing stuff like that and people will never seek out help,” she said.

Instead of directly worrying about guns in schools, Albert Lea School District Superintendent Mike Funk is more worried about why students would want to bring a gun to school.

“The bigger worry for us is the mental health of our students,” Funk said. “We seem to be seeing more kids who have got more issues.”

A goal of Funk’s is to look at training that’s available for social workers, counselors and teachers to work with the students affected by mental health issues.

He said the school district has hired hall monitors and that there are bullying programs that can help, but that won’t necessarily stop a student from coming to the school in a disturbed state.

“The bigger concern is one of our students having issues and them not being addressed,” Funk said.

The district announced in June that six of the seven school buildings will now be locked during the day. Visitors will have to be buzzed in and recorded on camera before entering the building.

• 26.2 percent of Americans age 18 and older suffer from a diagnosable mental disorder.

• Mental disorders are the leading cause of disability in the U.S. and Canada.

• 45 percent of the people with a mental disorder meet criteria for two or more disorders.