Pitching shines in win and loss 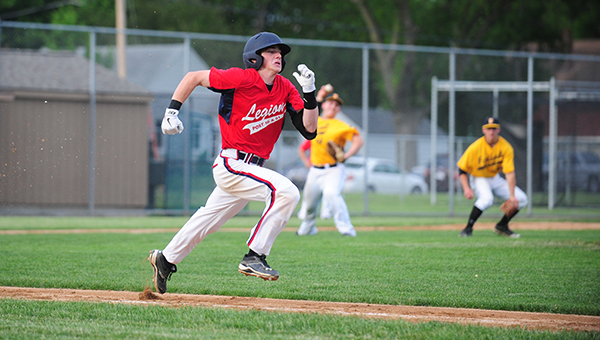 Faribault won the first game 2-1, and Albert Lea/Austin rebounded to win the nightcap 7-5. 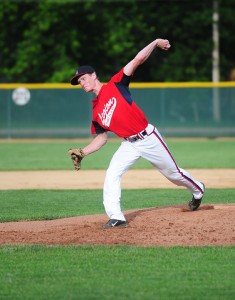 In Game 1, Albert Lea/Austin took control early with Dylan See-Rockers on the mound. It took Faribault half the game to get through their batting order, because the first three innings were three up, three down.

“Dylan pitched well enough to win, and we should’ve won,” Albert Lea/Austin co-head coach Jay Enderson said. “We just need to hit the ball. There’s a lot to that, and there’s a lot more to it than just saying it, but that’s been our nemesis.”

For the first time of the game — in the top of the fourth — a Faribault batter reached first base. It was on an error. With two outs, the next Faribault batter hit a double to drive in the first run of the game. See-Rockers managed to get out of the inning and strand runners at first and third with a full-count strike out.

Faribault scored another run in the top of the sixth, but Albert Lea/Austin ended the inning with a double play.

Albert Lea/Austin attempted to rally in the bottom of the seventh. Tommy Olmstead hit a one-out single and was driven home by Johnathan Fleek, but Faribault managed to hang on for the win.

After a defensive slugfest in Game 1, Game 2 was a shootout.

Both teams scored two runs in the first and second innings, and Albert Lea/Austin took its first lead in the fourth (6-4). Tyler Pirsig drove in Tommy Olmstead, and Ethan Horstmann scored on a hit by Gabe Kasak.

“Hitting is really momentum driven,”Albert Lea/Austin co-head coach Bob Stratton said. “It’s a bit of an emotional rollercoaster, but when these kids are feeling good about themselves, it (hitting) is contagious.”

When Fleek, normally a shortstop, pitched in Game 2, Albert Lea/Austin shuffled its defense around.

“We’ve got to fill the spots, so that meant I was playing shortstop,” Albert Lea/Austin starting catcher Kasak said. “That’s where I was needed, so that’s where I played.

“It gave me a break from playing behind the plate, and it gave my knees a rest. I’m ok with it.”

“Henry (Fleek) pitched well,” Enderson said. “He didn’t get into jams or walk many guys.”

Next, Albert Lea/Austin plays at Rochester Century at 5:30 p.m. Thursday.