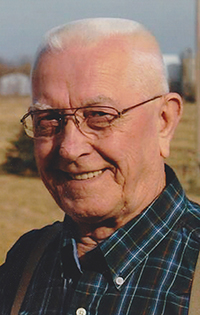 He was raised in southern Minnesota and in his early years served in the Army Military Police Corps. On Feb. 15, 1958, he married Marlene Paulson and they enjoyed 55 beautiful years together raising five children, 11 grandchildren, and five great-grandchildren. He spent most of his working life as a diesel mechanic and foreman working for several trucking companies in Clarks Grove and the Twin Cities. In retirement, he spent his days tending to his birds, building beautiful and useful wooden works of art and doting on his wife, Marlene. Rolf was a kind and gentle soul who touched the hearts of children and adults alike with his sunny disposition. They took great pleasure in being in his presence and listening to his stories. He loved to go to his cabin in Pine City and invite guests to enjoy the outdoors with him. He was an avid deer hunter for more than 50 years and was a member of the Sons of Norway. Rolf is survived by his wife, Marlene, daughter Barb, son Michael, daughters Mary (Scott), Deb (Jimm), and Carol (Bob); five brothers Raymond, Lloyd, Clifford, Dovain, and Odean and their wives; eleven grandchildren, Jeremy (Kelly). Joanne, Sara (Jonas), Christina (Steve), Crystal, Matthew (fiancé Liz), Mitchell, Michele, Justin, Bo and Ashleigh as well as five great-grandchildren, Kayla, Dayne, Kennedy, Ryder and Madyson. He was preceded in death by his parents, Omar and Sophie Otterson, his brother Eugene, his sister Theresa, infant son Carl and his son-in-law Todd Eittreim. Visitation will be from 1 to 2 p.m. Wednesday with the funeral service at 2 p.m. at Kok Funeral Home, 1201 Portland Ave., St. Paul Park. Interment will be at Cottage Grove Cemetery.