‘Saved by the Bell’ star to hold comedy show in A.L.

One of the stars of the popular early ’90s TV show “Saved by the Bell” has planned a comedy show in Albert Lea.

Dustin Diamond, who played Screech on the show, will perform on July 25 at the Land Between the Lakes Event Center. 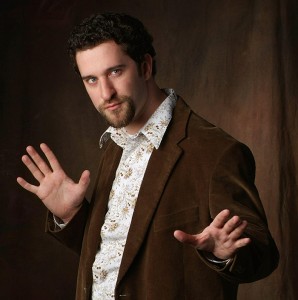 Star of “Saved by the Bell,” Dustin Diamond, will have a comedy show in Albert Lea in July. — Submitted

The show is slated to begin at 7:30 p.m. and is for mature audiences. Tickets are $25 for general admission and $35 for VIP tickets that include a meet and greet with Diamond.

Diamond began doing stand up comedy after “Saved by the Bell” ended and has toured intermittently since then.

The Land Between the Lakes Event Center is at America’s Best Value Inn. Tickets can be reserved by calling 373-6471.

“He is one of the comedians coming in,” Boyer Olvera said. “With those tickets you get 15 percent off a meal at the Big Island Grille & Bar on the day of the performance.”

Boyer Olvera said Tim Cavanagh, made famous on the “Bob & Tom Show,” will also have a comedy show coming up in August. The show includes music and is appropriate for ages 12 and older.