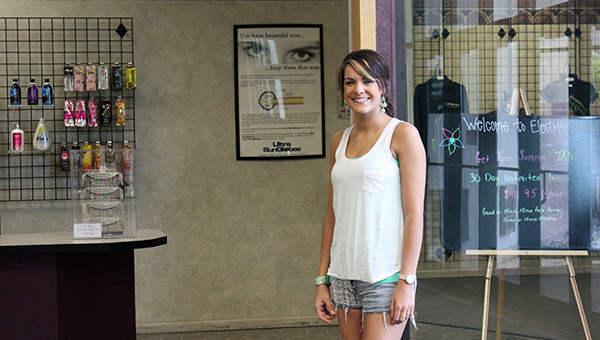 A 21-year-old Albert Lea woman has decided to give business ownership a go.

She worked at Electric Beach on and off for the past six years, and now she is going to own the place. She knows the customers and said it’s a great opportunity that just fell into her lap.

“My heart is here,” Blickenderfer said.

Current owners Janelle and Mike Oothoudt decided to sell the business to free up some of Mike’s time. He often travels for work, and Janelle wants to focus on building a lake property they own before moving to a new job. Just like Blickenderfer, Janelle has gotten to know the customers well and said she will miss them most.

Blickenderfer and her boyfriend, Logan Vietze, will take ownership as of July 1.

She knows she is young for a business owner.

She is majoring in human relations at the University of Iowa and has a semester remaining.

Blickenderfer plans on making a few changes to the business, like offering different discounts and applying a fresh coat of paint. She mostly wants to keep the changes a surprise.

“I just want to do as good of a job as I’ve seen Mike and Janelle do,” Blickenderfer said.