The 1st step in handling guns is doing it correctly 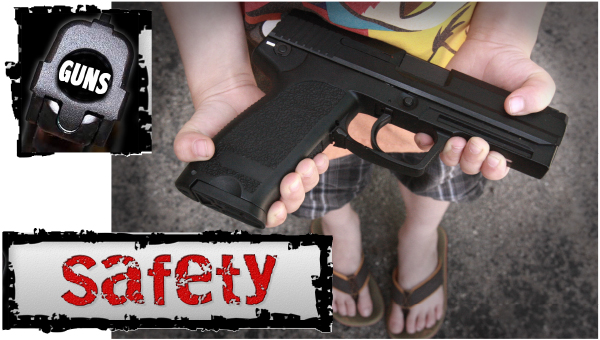 Many gun advocates make an effort to minimize exposing young children to firearms. Today’s story in this series explores safety. On Monday, the story will explain the complicated gun laws.
Photo by Brandi Hagen. Typography by Kathy Johnson

An unfortunate accident in the 1970s is one of the main reasons Durlin Hensch wanted to start teaching gun safety.

Hensch was a Freeborn County sheriff’s deputy and had to investigate an incident involving a handful of teen boys who were hunting. One of the boys got hit by a .22-caliber rifle, and Hensch said its wax-coated bullets carry a lot of dirt and bacteria.

“He went through a lot of pain and misery,” Hensch said. “None of them had been through a class because back then it wasn’t mandatory.”

Teaching children about gun safety became a passion for Hensch, along with a team of dedicated volunteers who work each year to teach the area’s youngsters how to be safe around guns.

Bob Stilling, Charlie Schmidt and Hensch are the three main volunteers for the local gun safety class that helps students of all ages pass the state’s firearms safety test. Each of the three men has about 30 years experience teaching gun safety. Schmidt remembers Stilling asking for his help when he returned from military service.

The instructors of the gun safety course have to take their own class to be able to teach. Hensch and Schmidt also bring in many experts in different subjects to help them teach different subjects like archery and ammunition. But, above all, they just enjoy the chance to teach safety to others. 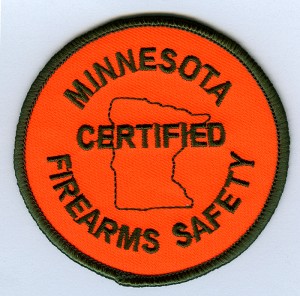 This patch is given to students who pass the statewide firearms safety test.

Classes are held twice a year, though there used to be three sessions each year. Anywhere from 40 to 100 children and adults take the course each time it’s held. Around 16 to 18 hours of instruction are planned before students take their test at the end.

“A lot of parents sit in, sign up and then get their own certificate,” Hensch said.

Learning about a right-to-carry permit and gaining a basic familiarity with firearms are just a couple of the first steps in the class.

“We keep it short, sweet and simple,” Schmidt said.

Then the instructors bring in help from Larry Hill and Brian Ziebell of Full Draw Archery Club to help teach the archery safety tips.

“They know what they’re doing,” Hensch said. “They also get to pass on the fun of the sport.”

Then there are classes on using gunpowder and various types of ammunition. Students learn more about gun nomenclature, equipment, positions of shooting and types of gunsights.

Also important to the instructors is to teach more about hunting. There are many topics, such as hunter survival, care of game, dressing and cleaning meat and identifying game. Hensch said they also encourage all those interested in hunting to take a first aid course.

“They or a friend or a relative could get hurt while hunting,” Hensch said.

Teaching conservation is another big part of the class, and the instructors ask a conservation officer to stop by to talk about hunting and trespassing laws. They talk about what to do if game wanders onto private property and how to talk to landowners.

“Mostly we talk about the sportsman attitude and how we appear to non-hunters,” Hensch said.

There’s also discussion about how hunters and trappers play a role in the local game management, especially with deer hunting. And while there are classes online that will teach all this so people can pass the state exam, Schmidt and Hensch have found that people like to come to the class even from all over southern Minnesota and northern Iowa. And some people they taught have now brought back their children. All the instructors enjoy hearing stories of their students successfully and safely hunting.

“A girl just ran up to me in the grocery store to tell me she got her first deer,” Schmidt said.

There are plenty of subjects that have to be covered, but these instructors know so much that they can often give extra advice on other topics, like hunting dogs.

“Hunting dogs don’t know they shouldn’t be playing with guns,” Hensch said with a smile.

There are many ways a gun could go off accidentally, and the instructors try to name as many as they can. Dropping a loaded gun far enough from the ground could make it go off, or climbing a fence while it’s loaded makes it more likely the gun could get knocked into something and go off.

The last day of instruction, one that is always exciting for students, is shooting. And while many students do take the class to learn about gun safety while hunting, some students don’t have any interest in hunting.

“It’s really all about the fun of shooting,” Schmidt said.

The instructors know guns have a place in recreational activity, but they are most concerned about safety.

“I tell them ‘None of you are Superman — you can’t stop the bullet,’” Hensch said.

Schmidt agreed and said he tells his students to remember the lifelong consequences of accidents.

“If you kill somebody you’re the one who’s going to have to live with it for the rest of your life,” Schmidt said.

Hunter’s code of ethics
1. I will consider myself an invited guest of the landowner and get their permission before using their land.
2. I will obey rules of safe firearm handling and encourage others to do so.
3. I will obey game laws and regulations and insist that my companions do so as well.
4. I will acquire good marksmanship and hunting skills to ensure clean, sportsmanlike kills.
5. I will support conservation efforts to ensure hunting in future years.
6. I will help other hunters learn skills and attitudes necessary to allow them to become true sportsmen.

10 commandments of safe gun handling
1. Treat every firearm as if it were loaded.
2. Always keep the muzzle pointed in a safe direction.
3. Identify your target and what is beyond it.
4. Ensure the firearm and ammunition are in good working condition and that only the correct ammunition is used.
5. Store firearms and ammunition separately under lock and key, and use trigger locks.
6. Always keep the action open except when actually hunting or preparing to shoot and always keep your finger off the trigger except when firing.
7. Never point a firearm at anything you do not want to shoot. Avoid all horseplay with a firearm.
8. Never climb a fence, tree, stand or jump a ditch without unloading your firearm.
9. Never shoot at a flat hard surface or water.
10. Avoid alcohol and other drugs before or during hunting and shooting.

5 rules for safe gun ownership
Milan Hart has been selling guns since 1977. Here are his five cardinal rules for gun ownership:
• Write the serial number down right away and store it in a safe place.
• Never store a loaded gun. Keep ammunition in a separate, locked box. If a person wants a gun ready overnight, load the gun before going to bed and unload it in the morning.
• Never have a loaded gun around children. In fact, young children should not be exposed to any firearms.
• Keep the barrel pointed in a safe direction.
• Always know the target and what is behind the target.