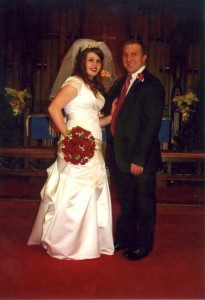 The groom’s parents are Mike and Dottie Shirley.

The maid of honor was Lindsey Underdahl of Albert Lea. The flower girl was Ashlyn Delano, the daughter of Mark and Kim Delano of Norman, Okla.

The best man was Thomas Delano of Mankato. The ring bearer was Ryan Delano, the son of Mark and Kim Delano of Norman.

Nancy Lahs was the soloist.

The bride is a 2011 graduate of Albert Lea High School and attends Idaho State University.

The groom is a 2009 graduate of Bear Lake High School in Idaho. He is

employed as a heavy equipment operator.

The couple resides in Pocatello, Idaho.