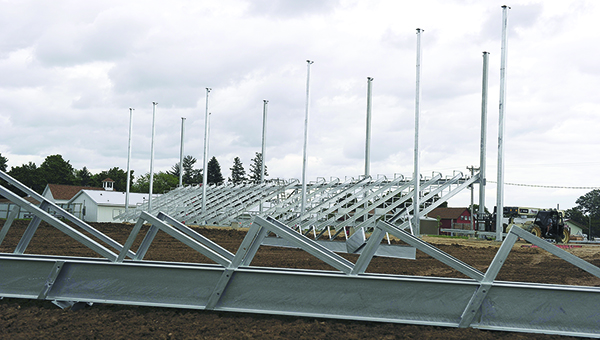 AUSTIN — Work is under way to erect the new grandstand at the Mower County Fairgrounds.

The 1,500-seat grandstand, which will be made of steel and aluminum, should be ready in time for the fair Aug. 6 to 11.

The old grandstand was demolished in a controlled burn after a structural engineer deemed it unsafe for use before the 2012 fair.