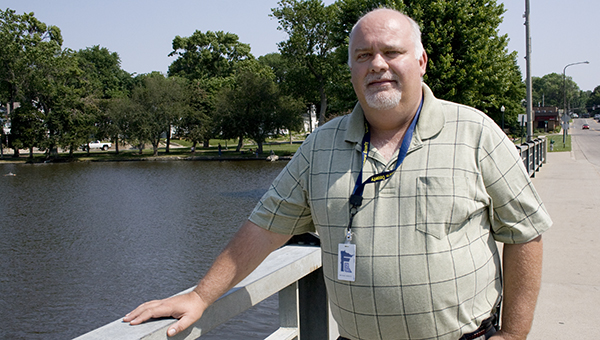 Freeborn County Emergency Management Director Rich Hall stands over Fountain Lake, where there was high water in June because of heavy rains. Hall is submitting damage estimates from the storm in an effort to obtain federal assistance. –Sarah Stultz/Albert Lea Tribune

It’s been a busy month for Freeborn County’s new emergency management director. In the last month, Rich Hall, of Elgin, has been a part of handling storms that left many Freeborn County streets washed out or under water.

He also helped organize the response to a large fire at three warehouses in Hollandale that brought in more than 20 fire departments from in and outside of Freeborn County. 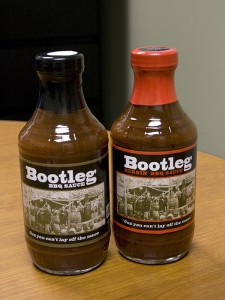 He began in Freeborn County as emergency management director in April after a long history in emergency response.

He said he worked as a shift sergeant in the Wabasha County jail for 3 1/2 years.

He spent 22 years in the Army National Guard and is in his 25th year for the Elgin volunteer fire department. He also was the director for the ambulance service there.

“I’ve always had an interest in emergency management,” he said. “When I saw this position open up, I thought I would apply.”

His duties include everything from emergency management planning to running an emergency operation center. Some other emergencies he could respond to are massive explosions, chemical spills, natural disasters and even school shootings. He serves mostly in a supportive role.

He said his organization and calm demeanor help him in his responsibilities.

With the June flooding, he said he worked mostly with the Freeborn County Highway Department and dispatchers. The biggest threat was water over the roadways, and afterward he put together a damage assessment report to send to the state. He also met with local, state and federal officials last week about the need for federal funding after the storm.

Last week during the massive fire in three warehouses in Hollandale, he served as the public information officer for the media.

“There’s a definite need for a full-time position here,” said Freeborn County Sheriff Bob Kindler. “It was one of the things I wanted to accomplish.”

Kindler said last summer the county commissioners indicated they were interested in going full time with the position. It had been part time.

“In reviewing our preparation for disasters such as a tornado, there were some areas we felt we could use some improvement and better preparation for,” he said. “This full-time position helps us accomplish that.”

In addition to his roles with emergency management, Hall serves as the mayor of Elgin, has his real estate license and makes barbecue sauce in his spare time.