Tara Roberts and Jesse Stirling, both of Albert Lea, announce their engagement. 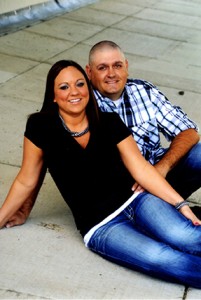 The groom is the son of Ted and Marlene Stirling of Rockford, Iowa. Grandparent is Dorothy Stirling of Clarksville, Iowa.

The bride is employed with Kwik Trip.

The groom is employed by Union Pacific Railroad.

A September 2013 wedding is planned in Albert Lea.