Keith and Wendy Weiss of Glenville and Larry and Janice Irvine of Albert Lea announce the engagement of their children, Amanda Weiss and Andrew Irvine. 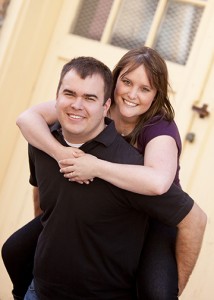 The bride’s grandparents are Russell and Eva Fredrickson of Albert Lea and Sharon and the late Wayne Weiss of Glenville.

The groom’s grandparents are Bernice and the late Howard Germain of Winnebago and Betty and the late Durward Irvine of Amboy.

The bride is a 2005 graduate of Glenville-Emmons High School and a 2009 graduate of Waldorf College in Forest City, Iowa. She is employed as a marketing and communications specialist for the United Way of Freeborn County.

The groom is a 2005 graduate of Albert Lea High School and a 2010 graduate of Metropolitan State University in St. Paul. He is employed as a financial adviser for Edwards Jones.

A Nov. 2, 2013, wedding is planned at First Presbyterian Church.