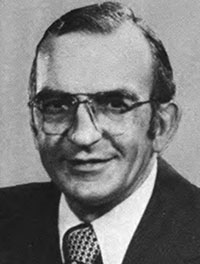 Stangeland won the seat in 1978 and went on to serve six full terms in Congress, until losing his 1990 re-election bid to Rep. Collin Peterson, a Democrat. Stangeland became a lobbyist in Washington.

“I just saw him a couple of months ago. He looked great,” Peterson said Wednesday. Peterson said despite being political rivals, he and Stangeland remained friends.

“I didn’t always agree with his political positions, but he worked hard and I think represented the district well on the agriculture committee,” Peterson said.

“The greatest thing about him was his love of people. There was never a stranger he couldn’t talk to,” Stuart Stangeland said.