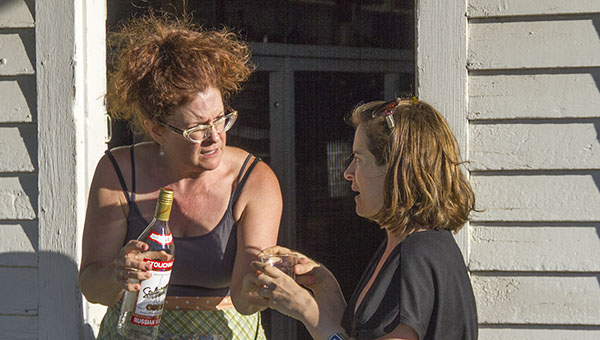 ‘The Visit’ gives audiences something different each time

For a town with an already vibrant theater scene, Albert Lea will get a special treat this weekend. 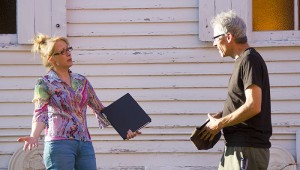 Professional and local actors united for the production of “The Visit,” a dark comedy by Friedrich Durrenmatt. The show will have the audience moving around and watching scenes all over the Freeborn County Historical Village. Production Manager Nancy Waldoch of Minneapolis said the show has lots of fun characters.

“It’s a town full of really quirky characters who also have a human side,” Waldoch said. 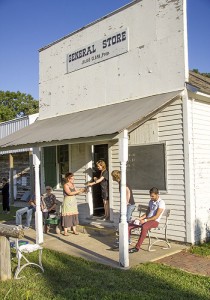 Actors, both local and from afar, rehearse “The Visit” Tuesday evening in front of the general store at the county’s historical village. The show opens at 7 p.m. tonight. — Kelli Lageson/Albert Lea Tribune

Also special is that the audience is split into three sections who go on to see three different scenes during the second act.

“If you came Thursday, Friday and Saturday you would have the potential to see a different show each night,” Waldoch said.

Having “The Visit” at the Freeborn County Historical Village is possible through a grant from the Minnesota State Arts Board and through appropriation from the state’s arts and cultural heritage fund. The show will move onto Blue Earth and East Grand Forks after visiting Albert Lea.

Also special are the professional actors and directors known for their work on stages in the Twin Cities. Local performers have been working with them this week to rehearse for the show. Rosalie Truax, co-president of Albert Lea Community Theatre, plays a townsperson in the show and said it was fun to watch professionals work.

Another Albert Lean, Beverly Cotter, heard about auditions and thought she would go just for fun. She’s new to the area and said the play has been a fun way to get to know people. 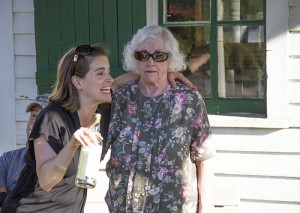 “The Visit” is a dark comedy that explores the values, choices and consequences of characters in a small town that is trying to survive. The play’s prevailing question asks how far the town will go to save itself. Audience members will be led to areas on at the Freeborn County Historical Village where they will watch the scenes unfold from a close range.

The show will be about 90 minutes. It’s suitable for ages 13 and older because there is some adult humor. “The Visit” debuts at 7 p.m. tonight and continues at 7 p.m. Friday, 1 and 7 p.m. Saturday and 1 p.m. Sunday. Tickets are $15 for adults and $12 for students; cash or check will be accepted at the door for tickets.

When: 7 p.m. today, Friday and Saturday; 1 p.m. Saturday and Sunday

How
much: $15 for adults or $12 for students; tickets are available at the door 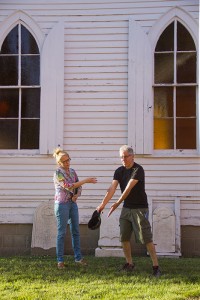