In pursuit of the American Dream 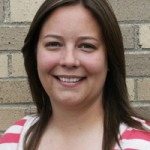 Summer is tourism season. A season to be with family and friends while also going on adventures outside your four walls. After the spring we’ve had those walls are starting to feel like bars. And not the kind with alcohol. Just like the slogan says: “Explore Minnesota.” Our amazing state is packed with enough history, culture and beauty to keep one busy far past Labor Day.

To the constant readers out there, I would recommend the F. Scott Fitzgerald walking tour in St. Paul. You can celebrate Minnesota’s greatest author and “the importance of the neighborhood to other writers from Sinclair Lewis to Garrison Keillor, Patricia Hampl and August Wilson,” according to the Explore Minnesota website. After the tour, stop by the St. Paul Public Library to learn more about the author in the F. Scott Fitzgerald Reading Alcove. Fitzgerald was born in St. Paul in 1896 and was the namesake of his second cousin three times removed, Francis Scott Key, author of “The Star-Spangled Banner.” That’s a lot of history and culture packed into one day of walking.

To gear up for your journey, take a turn with Fitzgerald’s most famous novel, “The Great Gatsby.” I know. Gatsby. Gatsby. Gatsby. His name is everywhere. For a book that is 88 years old, it is relevant once again, even if you’re not an 11th-grade English student. Thanks to Baz Luhrmann’s cinematic adaptation, it has flooded into popular culture for the last 18 months. It does feel like they started advertising 88 years ago. In which case, the movie may have been filmed live. It could be a new reality show, the “Real Housewives of West Egg” would fit right in with reality TV stars’ obsession with wealth, illegal activities, marital affairs and more importantly, the presentation to the public of an artificial identity. Jay Gatsby would give them all a run for their money and look classy while doing it. 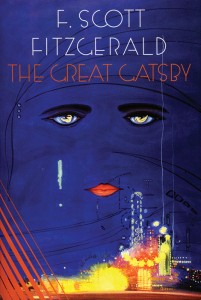 Now is the perfect time to read “The Great Gatsby” because you won’t be alone. You could do it as part of the BBC World Book Club or with Stephen Colbert’s Book Club, which looks a lot like Oprah’s Book Club minus the gravitas and double the fun. If the group dynamic is not your bag I recommend the unabridged audiobook that is just shy of five hours, less than $10 on iTunes and narrated by Jake Gyllenhaal. Which is amazing except I already get him confused with Toby Maguire and now they both play Nick the Narrator. This pretty much means they are now the same person in my head, much like Dermot Mulroney and Dylan McDermott.

Or you could go old school and read

the novel. It’s fairly short at 180 pages. It’s about the pursuit and illusion of the American Dream. The idea is that our fantasies are better unrealized so they remain pure and perfect in our minds. It illustrates how chasing those dreams can corrupt us and is chock-full of murder, mystery, love and class. And it has enough symbols to impress even Nathaniel Hawthorne. He’d give it a big scarlet A.

The best part of reading an American classic as an adult is that you don’t have to write an essay afterward. And once you’ve read it you can go to the movie and not-too-quietly whisper to your neighbor so the whole theater can hear about every inconsistency. Then at the end, sigh heavily that the book was better. You can say, “I found the adaptation was limited by its (insert pretentious comment here)” or “I like that the novel didn’t make us listen to jazz.” Either way you will have become a member of the literary club, Old Sport, and it’s your privilege to shame others into joining. Because the book is always, always, always better than the movie.

Albert Lea resident Angie Barker is an avid reader and has a degree in English literature from MSU-Mankato. Email her at zoller@hotmail.com.