Memorial services for LeRoy Tostenson, age 90, of Albert Lea will be at 11 a.m. Friday at the United Methodist Church, Albert Lea. The Rev. Tom Biatek will officiate. Interment will be in Greenwood Cemetery, Glenville, at a later date. Friends may greet the family one hour prior to the service at the church. Online condolences are welcome at www.bayviewfuneral.com. 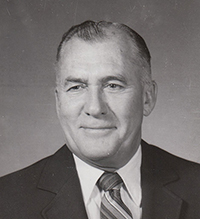 LeRoy Tostenson was born on Nov. 6, 1922, to Elvin and Beatrice (Prosser) Tostenson in Glenville, and was a lifelong resident of the Albert Lea area. On Sept. 7, 1943, he was united in marriage to Audrey Lucile Anderson in Owatonna. To this union was born three sons. Audrey passed away on Oct. 7, 1976. LeRoy then married Marlys Clark Greer on May 27, 1978, in Sioux Falls, S.D. Marlys passed away on July 13, 1994. LeRoy enjoyed traveling, fishing, playing cards, his morning coffee group and following the Twins. He was a member of United Methodist Church of Albert Lea, the Moose, Eagles and Elks Clubs.