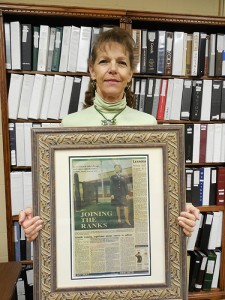 The 39th inductee into the Women Military Service Members of Freeborn County is warrant officer Deanna Luedtke of Albert Lea. Luedtke spent about 14 years as an enlisted person with the Wisconsin National Guard. Nine of those were as a full time clerk and administrator for the various units she was a part of. In 1997 she accepted a position with the 34th Division in Rosemount where she remained for five years. More of her story can be viewed at the Freeborn County Historial Museum. –Submitted