Motorist charged with having 12 pounds of meth

A 40-year-old Texas man was charged in Freeborn County District Court on Thursday with first-degree drug possession after he was reportedly found with 12 pounds of methamphetamine on Interstate 35. 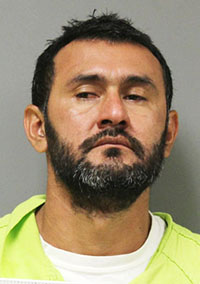 After talking to Molino, the troopers allegedly found inconsistencies in his statements. The troopers also found that the insurance had been put on the vehicle the day prior and that the car was owned by a woman in Minneapolis.

After Molino agreed to an initial search there, troopers took the vehicle back to a Department of Transportation shop, where they found a cellophane-wrapped package behind the left rear fender above the tire. Twenty packages were also found in a

Molino is being held in the Freeborn County jail on $200,000 bail. He is next slated to appear in court on Thursday.

Possession of methamphetamine carries a maximum penalty of 30 years in prison and a $1 million fine.