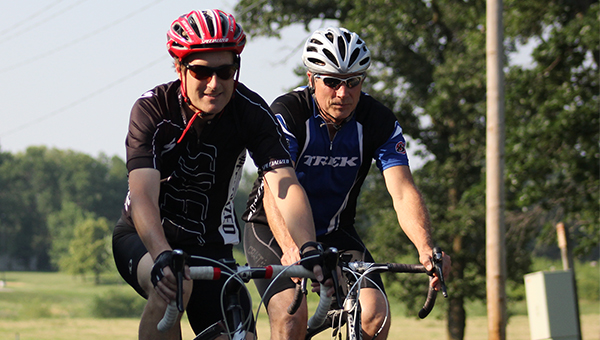 Cyclists from Albert Lea have a reason to dust off their rides and explore Freeborn County and southern Minnesota.

For the fifth year in a row, Scott Martin, the owner of Martin’s Cycling and Fitness, organized a weekly group bicycle ride on Wednesdays at 6 p.m. 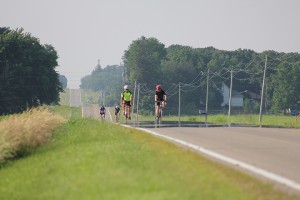 “Anyone is welcome,” Martin said. “We try to cater to whatever level or ability the riders are.”

That also applies to types of bikes, he added. Any type of bike — from a lightweight carbon fiber road bike to a classic steel cruiser — is acceptable for the ride, which takes place on the county’s side roads. Exploring those paths can help familiarize old and new residents to the area, Martin said.

“It’s great getting to know the different routes that are around the county,” he said. “A lot of people don’t know much about where to go outside of Albert Lea.”

The group chooses a route before it leaves from the parking lot at Martin’s shop at 1137 S. Broadway Ave. Many routes are available, and they are chosen after looking into a variety of variables.

“We determine how far we want to ride, and we also factor in which way the wind is coming out of,” Martin said. “Most of our rides are between 20 and 30 miles.

The most recent ride went south on South Broadway Avenue, east on 125th Avenue, north to Glenville and back to Albert Lea going east on South Shore Drive.

“You might have a new guy or gal who is just getting into cycling, and it gives them a chance to get together with other cyclists,” Martin said. “It could give them someone to call if they want to go riding,” Martin said.

Al Blenka, a resident of Albert Lea, has been a cyclist for 11 years, and he tries to get out and ride his bike four times a week. His favorite part of the Wednesday ride is the social aspect.

“We like to talk with the individuals who ride with us and get caught up on their family and what they’re doing,” Blenka said. “That’s what I enjoy about it — and of course the exercise.”

Blenka and Martin moved to Albert Lea the same year: 1981. Blenka moved to town from LaCrosse, Wisc., and Martin moved down Interstate 35 from Owatonna to open a new branch of Martin’s Cycling and Fitness in Albert Lea. Martin’s father, Al, also owned a bike shop in Plainview in the early ’60s.

Martin said he begins the group ride each year as early in the spring as possible.

“Last year we started in April, but this year it was closer to July because of the weather,” he said.