DOVER, N.H. — Thirty months after she was shot through the head, former Arizona Congresswoman Gabrielle Giffords sits in a New Hampshire restaurant facing parents of children killed in the nation’s latest school shooting.

They are here to talk political strategy, but Giffords doesn’t say much. She doesn’t have to. 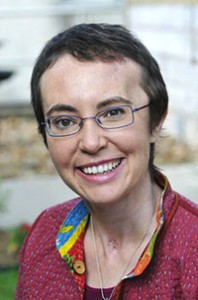 The 43-year-old Democrat has become the face of the fight for gun control — a woman now known as much for her actions as her words as she recovers from a 2011 attack that forever changed her life and ended six others. Giffords has already traveled more than 8,000 miles this week, her husband, retired astronaut Mark Kelly, at her side, encouraging political leaders from Alaska to Maine to have the courage to defy the National Rifle Association.

“I don’t think any of us thought this was going to be easy,” Kelly tells three parents of children killed in the Newton, Conn., school shootings, with Giffords next to him, nodding her agreement. “This is not going to be a quick fix. But we’re trying.”

The couple is in the midst of a seven-state-in-seven-day tour across America, meeting with allies and opponents alike to generate momentum for federal legislation that would expand background checks on gun purchases. It’s a scaled-back version of a broad legislative package to ban assault weapons and high-capacity magazines proposed in the aftermath of the Newtown shooting rampage that left 20 children dead. It was defeated in the Senate in April and has stalled in a divided Congress now preparing for its summer recess.

Giffords’ cross-country trek is the centerpiece of a summertime campaign designed to pressure elected officials in their own backyards. At the same time, her recently formed super PAC and related nonprofit group have ambitious plans to expand their political clout through the 2014 midterm elections and beyond. Organizers say that the group, known as Americans for Responsible Solutions, is expected to raise at least $20 million to fuel paid television ads and political activities to coincide with the next election, the next gun control vote or both.

So far, New York City Mayor Michael Bloomberg has bankrolled much of the campaign to expand background checks through his own organization, Mayors Against Illegal Guns, pouring more than $12 million into advertising designed to pressure lawmakers in places like New Hampshire, Arizona and Arkansas.

But this week, Giffords and Kelly are playing a more personal role. They are eating pie, sharing hugs and having frank conversations to connect with voters in traditional gun-owning states whose leaders have been largely reluctant to support expanded background checks in the face of NRA opposition.

And they are shooting guns to help make their point.

Kelly, a former Navy pilot whose parents were police officers, purchased a new rifle — he said it was his sixth or seventh gun — at the Village Gun Shop in New Hampshire’s north country on Friday. He waited less than five minutes for a background check and later tested his Savage .30-06 bolt-action rifle at a nearby shooting range. Giffords joined him at a Nevada shooting range earlier in the week, firing a gun for the first time since a mentally ill man took aim at her and opened fire in a Tucson, Ariz., shopping center as she met with constituents. Jared Lee Loughner, 24, was sentenced in November to seven consecutive life sentences, plus 140 years, after he pleaded guilty to 19 federal charges in the case.

It’s an attack that Kelly refers to often, using phrases like, “what happened to Gabby” and “when my wife was shot.” The couple is traveling with a handful of guns packed in a suitcase — all for personal use on their trip.

Sandy Holz, the shop’s owner in Whitefield, N.H., says she’s reluctant to endorse broad gun control legislation but would support a bill to requiring background checks for sales at gun shows and on the Internet, as the failed Senate bill would have done.

A Pew Research Center poll conducted in early May found 81 percent favor making private gun sales and sales at gun shows subject to background checks, support that transcends party lines. Another 73 percent of respondents said that if the background check bill were brought up for another vote, Congress should pass it.

But there is little sign of movement in Washington.

Despite Giffords’ and Bloomberg’s continued lobbying, none of the bill’s proponents report winning a single new vote since the measure’s April defeat. If anything, their task may have grown more difficult since the death last month of Sen. Frank Lautenberg, D-N.J., who supported the checks. He has been replaced by Republican Sen. Jeff Chiesa, whose view on the subject is unclear.

Giffords and Kelly say they will not give up despite obvious health concerns.

More than two years after the attack, Giffords travels with nurses and a speech therapist, a rarely used wheelchair in tow. Her right leg and arm are partially paralyzed. She walks on her own, her right leg dragging slightly, and she climbs stairs, often with Kelly or a staff member holding her left hand.

The brain injury has also affected her ability to speak.

Giffords offers enthusiastic, but slightly slurred stump speeches on the tour, in a halting style that sometimes brings tears to the eyes of her audience — and her staff.

“We must never stop fighting. Fight. Fight. Fight. Be bold, be courageous, the nation is counting on you,” she said at a Friday press conference joined by New Hampshire law enforcement officials.

The entire speech, just 62 words, lasted less than a minute.

The cross-country tour is run with the efficiency and detail of a presidential campaign, with schedules planned down to the minute. Surrounded by a handful of young staffers and her service dog, Nelson, Giffords and Kelly use private planes and at times helicopters, visiting venues usually frequented by politicians.

After her Friday speech, Giffords and Kelly stopped for ice cream. As she often does, Giffords expressed herself more with body language than words as they decided what to eat. She tapped her finger on the menu and said, “Apple pie.”

She was greeted warmly by a steady flow of customers and restaurant staff, offering them a hug and responding to their praise with a simple “Thank you very much.”

Giffords and Kelly know they will face continued opposition, although it sometimes has come in more intimidating forms on the tour.

Giffords exited one event through a back entrance to avoid a small group of protesters, including one carrying an AR-15 assault rifle. Shortly before they left, the man appeared to be napping in the shade with his gun at his side.

“Apparently, he got tired,” Kelly later said at the dinner with Newtown parents. “You can’t sleep when you’ve got your loaded AR-15 next to you. This is not responsible.”