The Hayward 4-H Club met for its club meeting at 5 p.m. July 11 starting at the Pederson’s home and then went to the DeHaan’s, Wagner’s and then ended at the Tennis family home. The meeting was the club’s annual tour and potluck. 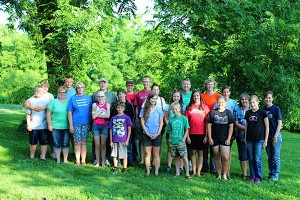 The Hayward 4-H Club poses for a photo at a recent club meeting. — Submitted

Several club members did project talks and showed off some of their projects they are entering in the upcoming Freeborn County Fair. A club meeting was held. The upcoming pasta supper and several fair announcements were discussed. Following the meeting, a delicious pot luck supper and fellowship was enjoyed. The next club meeting will be on Sept. 8 for a fun bonfire at the Hahn family home.

The Cloverleaf Lions of Albert Lea inducted two new members and installed its new officers for the term of July 1 to June 31, 2014, on June 18. 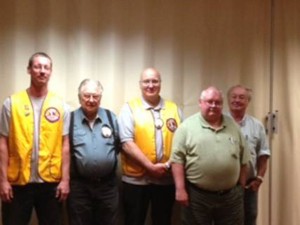 Tom Wentzler was the sponsoring member for both Schleck and Carlsen.

Thanks to Nelson for the pictures, Wentzler for sponsoring the new members and the new offices for the next year and Ferleman for helping with the induction, and also to the members who make the Cloverleaf Lions the great service club that it is.

Meetings are at 6 p.m. on the first and third Tuesday of the month at Big Island. Visitors are welcome.