Putting with a purpose 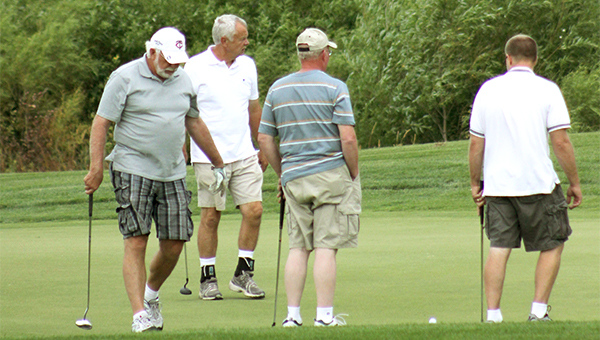 Money is raised for people with disabilities at golf outing

Kruse founded the event in 1976, because he wanted to do something for the community and give to people with disabilities. 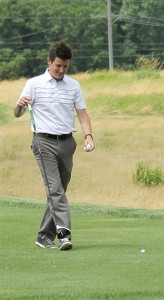 A participant at the Sparky Dan Kruise Memorial Golf Classic walks back to his tee Thursday after completing the longest drive contest. — Erin Murtaugh/Albert Lea Tribune

“It is the brain child of my dad and his friends,” said Mike Kruse, son of Dan. “It’s a great charitable foundation for kids.”

Jo Lowe has been director of the Arc of Freeborn County for the past 15 years. Arc has hosted the event for the past five years, Lowe said. All proceeds raised by the event stay in Freeborn County. It is the largest fundraiser for Arc, and some of the money will also be donated to Cedar Valley Services.

In addition to the regular golf outing, activities were placed at each tee-off point. Taylor Shaft — an Arc volunteer for the past two years — was part of a birdie contest. Participants could pay $10 for Shaft to putt for them, and regardless if he made it in or not, golfers could receive a birdie for that hole.

“My favorite part of golf is putting,” Shaft said.

Other activities included a marshmallow drive contest, closest to the pin contest, a putting contest, and a hole in one contest. If someone hit a hole in one, Vern Eide Chevrolet would give that person a 2014 Silverado pickup as a prize. Lowe said that in her time as a director, she’s never seen it happen.

Area businesses donated various raffle prizes, and an auction was held later in the day.

“We have a very caring community,” said Rachel Shei, an Arc committee member.