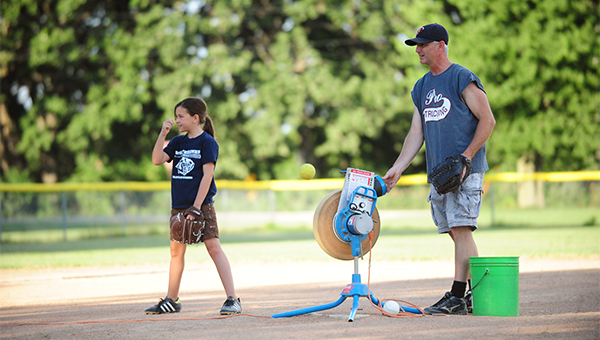 GLENVILLE — Thanks to the Minnesota Twins Community Fund and Glenville businesses, the Glenville Little League teams will be able to buy new equipment.

“It’s important to get the kids equipment that’s their size,” parent and coach Michelle Severtson said. “They like to put on the gear, hold a bat that’s the right size and be able to hit or run without the helmet falling over their head.” 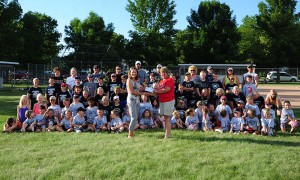 Severtson filled out the paperwork, applied for the grant online and presented the check to Glenville-Emmons head varsity softball coach Lisa Ziebell on Monday.

The Glenville Little League — made up of 89 total kids — had its final practice of the year on Monday, so the equipment will be purchased later this year and used next season, head coach Greg Ladwig said.

New equipment will include helmets, bats, catcher’s equipment, balls, uniforms, a baseball pitching machine and anything else the teams need. The money must be spent by Oct. 15.

“When I heard about this grant, I knew it was perfect,” Ziebell said. “They really needed it.”

According to Ladwig, the Little League program had fallen by the wayside before this season, so parents formed a committee to breathe new life into the organization and help baseball in Glenville at every level.

Glenville-Emmons has not fielded a boys’ varsity baseball team for the past two seasons, despite having potential players.

“We’re hoping that by starting them now, in a few years, it’ll instill some enthusiasm in baseball, and maybe we’ll have kids going out for it again. My full goal is to have a high school baseball team again.” Ladwig said.

Without much previous emphasis to play baseball at the Little League level, the high school level has suffered, Ziebell said.

“There was a rumor out there that we didn’t have enough kids,” Ziebell said. “We had enough kids. They just weren’t interested in playing baseball.”

Glenville’s only Little League team that played teams from other towns was the girls’ fast-pitch softball team. However, first year community education director Sherry Adams is hoping to change that next year. She said she wants the Glenville Little League to join the border league to play teams from Iowa.

The Glenville Little League teams met every Monday and Wednesday for one hour practices for the past 6 1/2 weeks, Ladwig said.

Ziebell is a member of the Twins Community Fund board that approves or denies grant requests.

“I want to encourage other cities in the area to take advantage of these grants,” Ziebell said. “We want the smaller communities to be part of these grants. Very seldom do they get turned down.”