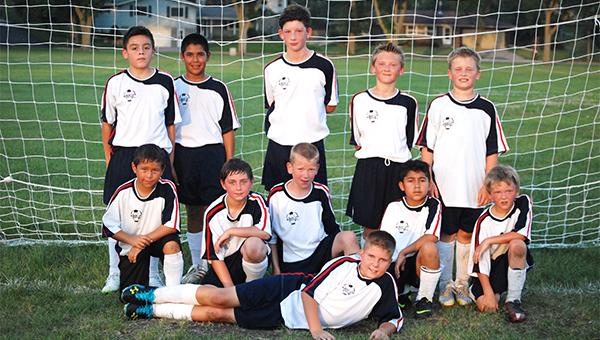 In addition to a 10-0 league record, Albert Lea out-scored its opponents 82-5. At the southwest summer state tournament qualifiers in Fairmont, the team kept winning. After taking down Fairmont 11-0 in the first round, Albert Lea trounced New Ulm 8-0.

At the Minnesota Youth Soccer State Tournament in Lakeville, Albert Lea played Club Deportivo on Saturday and will play Delano at 1:30 p.m. today.

The team with the best record in pool play will compete in the state championship at 7 p.m. Wednesday.

Albert Lea is coached by Jessie Indrelie and Darren Hanson. The team includes a mix of players with ages ranging from 9 to 11. 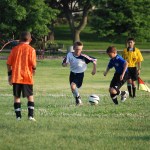 Cole Inderelie of the Albert Lea boys’ U11C3 soccer team dribbles past a defender. The team was 2-0 at the southwest state tournament qualifiers in Fairmont. — Submitted 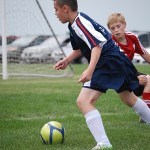 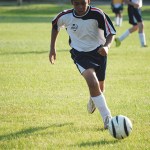 Jose Rodriguez dribbles the ball toward the goal this season during the Albert Lea boys’ U11C3 soccer team’s 10-0 season. — Submitted