LeRoy Maas and Carol Colstrup, longtime promoters of figure skating in Albert Lea, have recently created a scholarship specifically for members of the Albert Lea Figure Skating Club going on to college.

They are doing this by setting up a fund with the Education Foundation of Albert Lea. The first scholarships will be awarded in the spring of 2014.

Maas may be more well known for his involvement in the wresting program of Albert Lea High School, but he also was an energetic, creative recreation director for the city of Albert Lea. He is also the founder of the Albert Lea Figure Skating Club. Skating classes were originally held at Morin Park, then later at the barn at the Freeborn County Fairgrounds prior to their present location at the City Arena. He encouraged Colstrup to give classes at the barn and arranged for her to get additional training in Rochester. He made sure that the figure skating club was given adequate ice time and served as master of ceremonies for the first 11 shows. He also was instrumental in getting the fundraising organized for the first artificial ice making system at the barn. 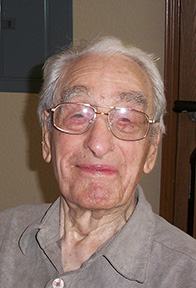 Colstrup became one of the founding members of the skating club, serving as its first treasurer and many years as president. In addition to coaching for the club’s first 50 years of existence, she also produced and directed many of the club’s shows. Maas struggled to pay for college working to earn his board and room, going without meals and struggling to earn his tuition. The establishment of this scholarship is his most recent gift to the community of Albert Lea. It is his wish that this scholarship will help skaters attend college with less of a financial struggle than he endured.