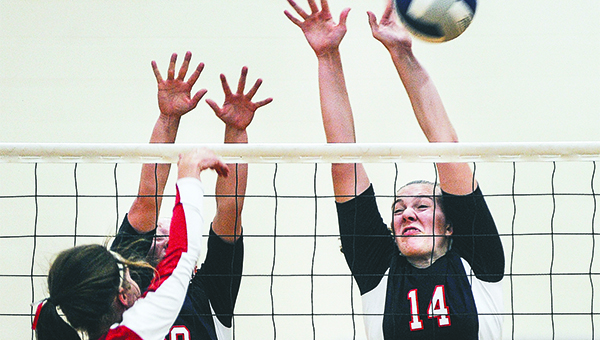 Albert Lea’s Kassi Hardies gets a hand on a spike from Austin’s Kristine Snyder in Game 1 of their match Friday night in Austin. Hardies had two blocks. — Eric Johnson/Albert Lea Tribune

The Albert Lea volleyball team began its season Friday with a 3-1 win at Austin. 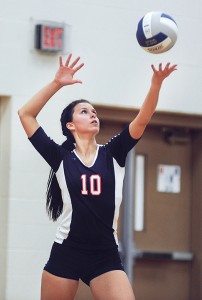 The Tigers dropped Game 1 25-23 after a shaky start. However, Albert Lea settled down and found its groove in Game 2 to tie the match, Lisa Deyak said in her seventh non-consecutive season as head coach.

“We started off nervous,” Deyak said. “Even though we scrimmaged, it’s different with the game jerseys on. But, we responded well in the second game.” 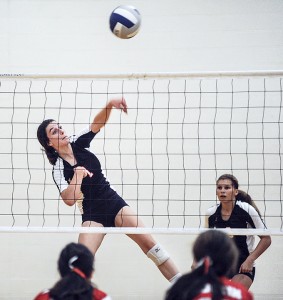 Junior outside hitter Taylor Willis led the Tigers defensively at the net with three blocks.

Last season, Albert Lea finished with an 11-17 overall record, including a 3-0 win at Austin.