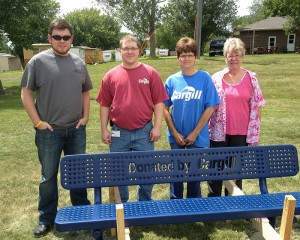 On July 25, Cargill donated two park benches to the City of Albert Lea that were installed at Sondergaard Park. One bench was installed by the playground and the other by the basketball court. The benches were made by and purchased from Premier Polysteel division of ADA Enterprises, Inc. out of Northwood. 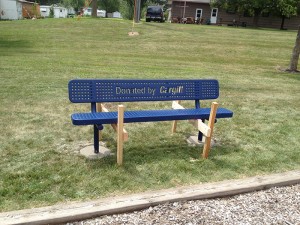 One of the two benches donated by Cargill to Sondergaard Park is shown.

Besides the new benches, over the last few years Cargill has picked up garbage in the park every year, planted five trees, and put a new roof on the warming house in August 2012. Cargill has participated in the Adopt A Park Program since the spring of 2011.