Following are biographies on two of the four recipients of the Albert Lea Education Foundation’s distinguished alumni. The remaining two bios will be published Aug. 25. The alumni will be recognized at the Pathways to Success banquet Sept. 12 at Wedgewood Cove Golf Club by the Education Foundation of Albert Lea and Albert Lea Area Schools.

The event will begin with a social gathering and cash bar at 6 p.m. followed by dinner and program at 6:30 p.m. Reservations may be made by going to the foundation website at www.efal-us.org/PathwaystoSuccess.htm, filling out the response form and mailing it and a check for $40 per adult ($11 per child age 12 and younger) to the Education Foundation of Albert Lea, P.O. Box 828, Albert Lea. Questions should be directed to Lilah Aas, president of the foundation board of directors at the foundation email at edfound.al@gmail.com.

Arthur Ludtke Jr. was born on Feb. 26, 1926, to Arthur and Pearl Ludtke in Walters. Ludtke has one sister, Marlene. As a young boy, Ludtke was active in the 4-H club led by his parents. He learned a great deal from his grandfather on the farm, especially his early training in working with horses. He also learned early to attend church regularly and stressed this with his own children. 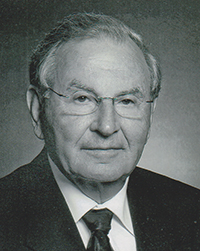 In 1942 when Ludtke was in 10th grade, the family moved to Albert Lea. While attending Albert Lea High School, Ludtke participated in two plays under the careful direction of teacher Rosella Bargan. Ludtke recalled Bargan being a great mentor for him. She helped him with public speaking through his speech classes and through the high school plays he participated in. Art also played trumpet in the band and ran track for Coach Reed. Ludtke also remembers Miss Grace Dahle, one of his English teachers, criticizing him for his attitude and poor participation in class. Later, after Ludtke was elected to the school board, Dahle became his biggest fan and friend.

Ludtke graduated from ALHS in 1944. Two days after graduation, Ludtke left Albert Lea for the U.S. Navy. He served a two-year deployment on the U.S.S. General R. E. Callan, where he was in the gunnery division in the South Pacific. He made both his maiden and his final trip with this ship. Since then, he has served as the chairman, secretary and treasurer of the Callan Reunion group until it disbanded. Ludtke had the distinct honor of placing the Callan ship plaque and wreath in the Admiral Nimitz Museum of the South Pacific in Fredricksburg, Texas.

Ludtke’s grandfather and father were in the grain business. He began his career in the grain elevator business upon his return home from service when his father became quite ill. He spent 52 years in the grain business. As the business grew, Ludtke built two additional elevators and established the first Unit Trains to be shipped in southern Minnesota, going from single car boxes to 54 covered hoppers for shipping grain. With the first modern train loading facility in southern Minnesota, the business began loading 72-car unit trains, adding one mile of new rail trackage. Over time, feed, fertilizer, seeds and chemicals were also part of the business.

As Ludtke started his career path, he also started his family path. He met and married Donna Ingvaldson of Albert Lea on Sept. 26, 1948. They will celebrate 65 years together in the fall of 2013. Ludtke and Donna were blessed with three children: Craig, Paul, and Kristin. They in turn have blessed Ludtke and Donna with seven grandchildren and five great-grandchildren. Son Craig and two grandchildren today are carrying on the tradition of careers in the grain business.

While Ludtke was a busy businessman, he was also committed to serving and helping others. In the 1980s he served as mediator between lenders and farmers for the University of Minnesota Extension Service. Ludtke served on the Lea College Board for four years from 1966-1970. He was director and chairman of the United Suppliers board of Eldora, Iowa; president of the Independent Elevators Association and chairman of the Hubbard Milling Feed Dealers Board.

In 1980 Ludtke was appointed to the Minnesota State Department of Economic Development and Ag Study Panel. The purpose of this group was to promote new business and to keep current business competitive with other states. This included studies of taxes, workers compensation and environmental issues.

Locally in the 1970s Ludtke served as board chairman for the Albert Lea Chamber of Commerce, after which he received the J. David Bothum Award for Outstanding Community Service, Oct. 21, 1980. During his tenure the chamber worked with Austin, Winona, Northfield and Rochester hoping to form a coalition to provide voice on issues that affected the state business climate.

Ludtke served from 1991-93 on the church council of Albert Lea First Lutheran Church congregation as a trustee. He attended the Great Adventure Bible Series. He has also served on the Evangelism committee and as an usher, and attended Wednesday Bible study.

Ludtke served on the School District 241 school board for six years from 1963-1969, during which time he served as chair for two years. During this busy, growing time in District 241, the following school buildings were built: Brookside School, Halverson, Lakeview, Clarks Grove, Hollandale and Hayward elementary schools, as well as the Hammer Field complex, which today has become the Jim Gustafson Athletic Field. Land purchased during this time later became the Riverland College Campus and the grounds for the current ALHS building.

Also during this time Ludtke worked to help Albert Lea reapply for a permit to build the Albert Lea Technical College. At the time the state school board chairman was also the controller for Hubbard Milling Co. the year Ludtke served as the chairman of the dealers board. This connection was very helpful to Ludtke in securing the re-application permit. Ludtke was a volunteer fireman for 40 years and also a horseman, showing gaited horses for many years.

Since 2006, Ludtke has served on the Shell ROck River Watershed Distriot Board as secretary and in 2013 he is still busy giving back to his community, serving on the Fountain Lake committee. Ludtke is also a member of the Golden Kiwanis I service club. In his spare time, Ludtke enjoys woodworking, making crafts for the First Lutheran Church Craft group each year. He also enjoys fishing, boating and riding horses.

Dr. Catherine Burns Lush was born in Albert Lea on Nov. 18, 1916, the oldest of four children of Dr. Hiram Burns and Corinne S. Burns. They lived at 525 Park Ave. on Fountain Lake, close enough to walk to Lincoln Elementary to school. Lush was a Camp Fire Girl, much to her grandmother Burns’ disgust. As early settlers, her grandmother remembered the day when her own father had been shot through the chest in the Sioux Indian wars in Litchfield, but survived. That left a lasting impression on her grandmother and made Lush aware of her family’s adventuresome roots. 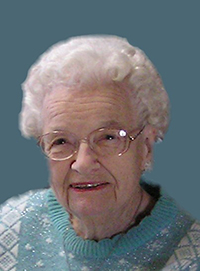 Her father had a hobby of raising Guernsey cows on three farms near Albert Lea. That rich Guernsey milk was turned into cream and butter at the Burnsmoor Dairy at 121 W. College St., which her brother later managed. Lush joined 4-H and took her calves to the Freeborn County Fair where she took first place several times and went to the State Fair at least once. Also at the County Fair, Lush did butter sculptures with Burnsmoor Butter. Later in life she became a capable painter in water colors.

In high school Lush was in National Honor Society, Ahlahasa, and the orchestra, in which she played violin. She was a member of the Maria Sanford Girl Reserves, which was meant to increase good friendships and generate poise and confidence for girls. She graduated from Albert Lea High School in 1933, eighth in a class of 208, the largest in ALHS history at that time. She attended Wellesley College in Massachusetts, graduating in 1938. She had always wanted to be a doctor even though her father thought it was too difficult a life for a woman, with house calls in the country at night and in the winter.

After working two years doing medical research at Presbyterian Hospital in New York City, she attended the University of Minnesota Medical School where she was one of three Albert Lea women trained as medical doctors under Minnesota’s 10 percent quota for women in medical school. She graduated in 1944.

After completing her internship, she enlisted in the U.S. Navy Medical Corps and was stationed at Great Lakes Naval Station in Chicago for 18 months. Her brother Bob and sister Alice also served in the Navy. Bob served on ships in the South Pacific, and Alice was a weather observer at a Naval Air Station in Florida. After the war, Lush practiced in Duluth for about two years. Then she took over a practice in Fairbanks, Alaska, so the doctor could spend the winter months down south, and finally she practiced in Albert Lea for about nine years. Her office was in the Medical Arts Building, in the days before clinics.

In the early 1940s Burns had bought property on Gunflint Lake on the Minnesota side of the Canadian border and built a cabin there. She remained a summer resident there all her life. In the early days she helped with emergency medical treatments up the Gunflint Trail, such as sewing up axe wounds and removing fishhooks. There was no hospital at Grand Marais at that time.

In 1958 she married Clifford Lush and they moved to Tonka Bay, where she worked at the University of Minnesota health service and in the public schools.

When she and her husband retired in 1974, they spent their winters in Lake Havasu City, Ariz. They had bought property in Cottonwood, Ariz., where she lived for 10 years following her husband’s death in 1998. There she was a member of the Verde Valley Presbyterian Church and the P.E.O. Sisterhood. She enjoyed traveling and leading tours worldwide. In 2008 she returned to Minnesota to live with her daughters, Betty and Barbara, in Glencoe.

At age 94, Lush died in Glencoe on June 13, 2011. A memorial service was held at the First Presbyterian Church in Albert Lea. She was preceded in death by her parents; her brother Robert D. Burns; and her husband, Clifford Lush. She is survived by her daughters Barbara Henderson and Betty Robson, both of Glencoe; and stepdaughter Judy Johnson of Spokane, Wash.; sisters Alice (Orv) Gilmore of Cottonwood, Ariz.; and Margery Carlson of Bloomfield, Conn., as well as numerous grandchildren, nieces, nephews and friends. She was a loving mother. She was a pioneer, a pilot, an outdoors woman, a world traveler, a painter and a musician who saw goodness and beauty in all things.