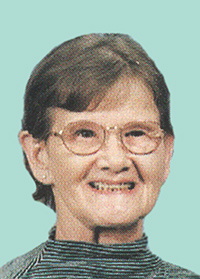 Elaine was born in Alpha on March 27, 1929, the daughter of Peter and Roselle (Skalicky) Verdick. She graduated from Jackson High School and attended St. Theresa College in Winona and Mankato State College. She was united in marriage to Edward Shannon on April 7, 1951, in Jackson.

After she was married they lived in Sparta, Wis., Mankato, Jordan, Madelia and moved to Albert Lea in 1958. Elaine was a member of St. Theodore Catholic Church. Elaine had worked at Clothing Care and Thorne Crest Retirement Community. She was a great wife, mother and grandmother.

Elaine was preceded in death by her parents; and brother-in-law, Jerry Kelly.