Donald and Kristine Rose of Albert Lea, Marsha and Ken Summers of Mapleton and Arlen Hanson of Owatonna, announce the engagement of their children, Amanda Rose and Jon Hanson. 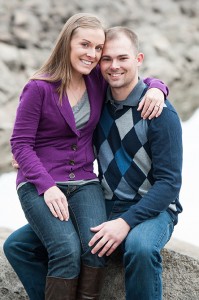 The bride’s grandparent is Joyce Halldorson of Chippewa Falls, Wis.

The groom’s grandparents are Ray and Janice Keenan of Mankato and Bernice Hanson of Owatonna.

The bride is a 2004 graduate of Albert Lea High School and a 2008 graduate of Luther College with a major in psychology and a minor in English. She is currently employed at Cedar House Inc.

The groom is a 2004 graduate of St. Peter High School and a 2014 graduate of Minnesota State University, Mankato, with a double major in electrical engineering and computer engineering. He is employed at Posedge Software Inc.