John and Sheila Schulz of Albert Lea announce the engagement of their daughter, Kalia Schulz, to Brian Houghton, the son of Steve and Nancy Houghton of Faribault.

The bride’s grandparent is Margaret A. Kilbane of Albert Lea. 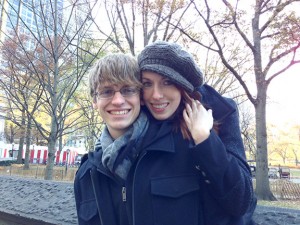 The groom’s grandparents are Roger and Jane Roberts and Don and Joann Houghton, all of Woodbury.

The bride is a 2007 graduate of Albert Lea High School. Prior to Albert Lea High School she attended Ashland High School in Ashland, Wis. She is a 2011 graduate of the University of Minnesota-Twin Cities from the college of food, agriculture and natural sciences. She earned a bachelor of science degree in applied economics with an emphasis in marketing. She is employed in the events management office at Smith College in Northampton, Mass.

The groom is a 2007 graduate of Faribault High School and a 2012 graduate of the University of Minnesota-Twin Cities from the college of science and engineering. He earned a bachelor of science degree in chemical engineering. He is employed as a process design engineer for the Dennis Group in Springfield, Mass.

A Sept. 21, 2013, wedding and reception is planned aboard the Afton Grand Duchess in Hudson, Wis.