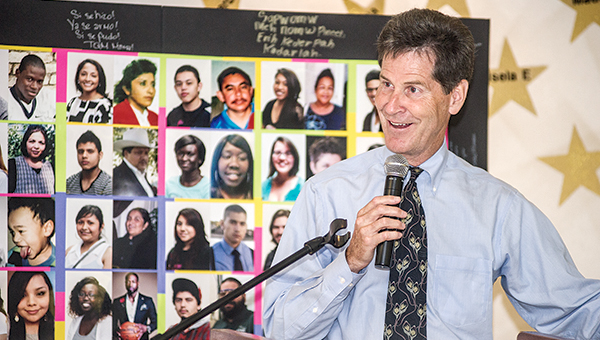 AUSTIN — Area residents, education officials and immigration advocates gathered at Riverland Community College in Austin on Thursday for a workshop on how undocumented students can attend college through the Minnesota Prosperity Act.

State legislators passed the act, also known as the Minnesota Dream Act, after a similar federal proposal earlier this year. The Dream Act allows undocumented students to attend postsecondary schools at in-state tuition rates. It also allows those students to access state and private financial aid through a separate application process with the state Office of Higher Education.

Undocumented students still won’t have access to federal funding through the Free Application for Federal Student Aid, or FAFSA.

Commissioner of Higher Education Larry Pogemiller said the act was a necessary first step to get more students trained to fill needed jobs. He also said the state would likely do more to help Dreamers who may not qualify for help as federal legislators tackle immigration reform.

“This is not the final solution for these students,” Pogemiller said Thursday at Riverland. “It’s a help, but it doesn’t get these students where they need to get.”

Aside from undocumented students, Pogemiller said decreasing student enrollments at public and private schools come at a time when baby boomers are set to retire in large numbers, which could come as soon as 2018. With so many jobs about to open, Pogemiller said postsecondary schools will need to do more to attract and retain students, to prevent job openings from dragging down the state’s economy.

State officials estimate about 700 to 800 undocumented students will apply for aid through the Dream Act, with about half that receiving aid.

Estrella Gutierrez, a volunteer for local Latino advocacy group Pa’Delante, said she has heard from several residents interested in the Dream Act but are unsure how to use the program to get a postsecondary education.

“A lot of students who graduate from high school, they kind of feel like ‘ugh’ in going to college because they can’t pay for it,” she said. “Even hearing that people can get financial aid and have a possibility of paying for school, it’s made their interest skyrocket.”