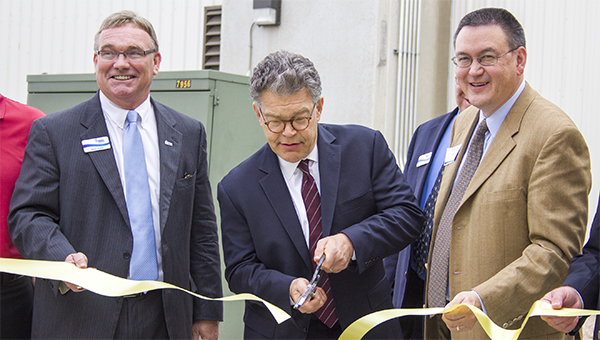 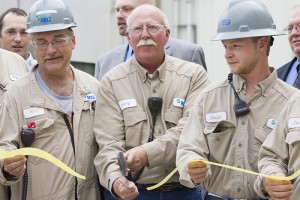 The upgrades allow the facility to make biodiesel from low-grade fats, oils and other natural resources that would normally take longer to refine. The facility has the capacity to produce 30 millions gallons of biodiesel a year.

“This facility exemplifies Minnesota’s renewable energy potential,” said Franken during a ceremony at the plant. “You’re helping our nation reduce its reliance on foreign oil.”

REG bought the plant in the summer of 2011 after SoyMor Biodiesel LLC suspended production in 2008 due to high prices for soybean oil. The plant, which began as a refined oil feedstock biorefinery, started up again in 2011. Construction upgrades started in August 2012. The $21 million in upgrades were completed in June of this year.

Franken said the beauty of the plant is that it now does not rely on one type of feedstock. There is a fatty acid stripper, which allows the company to take any feedstock that is normally high in fatty acid, and then strip that fatty acid off of it and produce biodiesel with what is left over. 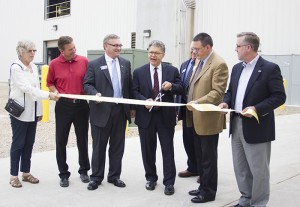 “We are very proud of this accomplishment in Albert Lea,” said REG Vice President of manufacturing Brad Albin.

“Thank you for helping us do this,” he said.

During his comments, Franken, the chairman of the Senate subcommittee on energy, also voiced support for the renewable fuel standards and for a five-year farm bill.

He said one out of five jobs in Minnesota is tied to agriculture.

“It’s absolutely vital we get a five-year farm bill and get it signed as soon as possible,” he said.

Following the comments, company officials and local leaders participated in a ribbon cutting ceremony. There were also brief tours of the plant.

REG Albert Lea employs 24 workers and created 70 to 80 construction jobs while it was upgrading the facility.