Games for the gamers 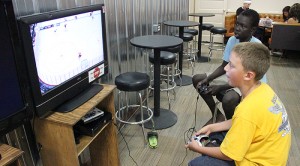 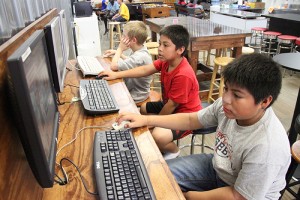 Abraham Baltazar, 11, (in foreground), and Jesse Baltazar, 9, play online games next to Adrey Lidell, 7, on Tuesday afternoon at The Rock. In the next room, several children watched a movie on a TV set. 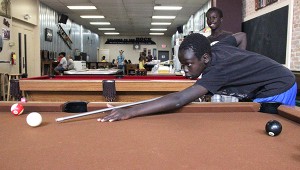 Pinyan Reang, 11, shoots during a pool game Tuesday afternoon at the The Rock. 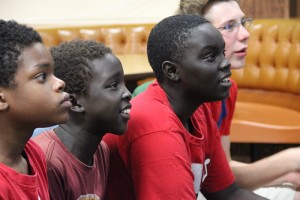