Making my own way 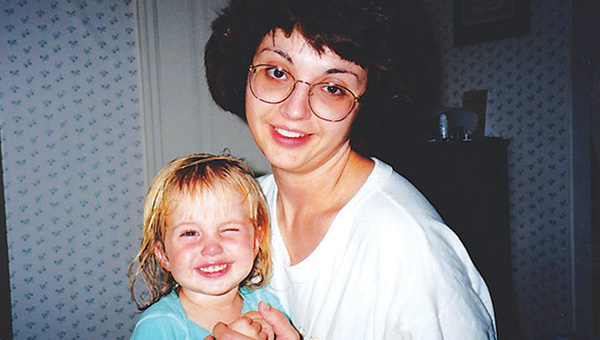 Growing up with a journalist for a mom was probably different than most children’s upbringings. My mom wrote for the Albert Lea Tribune under the name Geri McShane for 24 years.

Some nights consisted of her writing stories at home, others going to interviews or covering events. Being the curious child I was, I would sometimes go with to wherever she was headed. I would carry her camera bag for her and bring with my very own pink Barbie film camera. When we got to our destination, I would proudly announce, “I’m the photographer!” I guess photography intrigued me even as a toddler. 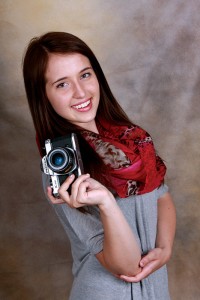 Five years ago, my life took an unexpected turn. My mom was diagnosed with breast cancer. I was just finishing up sixth grade when we got the news. She went through surgery, radiation and chemotherapy. After finishing treatment, she was given a clean bill of health. I was so thankful for this news.

Three years ago, my life changed forever. In July of 2010, my mom started complaining of vision problems along with other health issues. My dad and I were scheduled to leave on a mission trip shortly after these problems started. While we were gone, my mom had what was probably a stroke and was taken to St. Marys Hospital in Rochester. After that, she never came home. 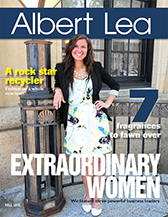 Find this feature and much more in the Fall issue of Albert Lea Magazine. Stop by the Tribune office for your free copy.

Losing my mom has been very hard but has also taught me a lot about myself as a person. When I was younger, I would have never imagined being where I am today. I never would have guessed I would be looking for colleges that are known for photography. Sure, I’ve always been interested in it, but until recently, I never would have thought of it as a career. I always thought I would be going to school to be a pharmacist or a lawyer or something along those lines.

In 10th grade, my whole perspective on careers changed. My first semester of my sophomore year, I took a black and white photography class and fell in love with the art all over again. Instead of taking a regular English course that year, I took journalism instead. When we put out our own newspaper, the Sophisticate, in the spring, I was hooked on writing and taking photos. This coming year, I will be one of three co-editors of the Ahlahasa, our student newspaper.

No, I don’t plan on going into journalism just like my mom did, but I do plan to go to school for photography. I just seem to enjoy the photo aspect much more. Maybe I’ll end up doing photojournalism. What I do know is that without my mom and her career, I never would have become as interested as I have become in journalism and photography.