Funeral services for Michael “Mick” Jaquette, age 68, will be at 11 a.m. Tuesday at St. Theodore’s Catholic Church. The Rev. Timothy Reker and Deacon Mike Ellis will officiate. Burial will be at a later date in Guttenberg, Iowa. Visitation will be from 5 to 7 p.m. Monday at Bayview/Freeborn Funeral Home and one hour prior to the service at the church. Military honors will be accorded by local servicemen’s organizations, VFW and American Legion. Online condolences are welcome at www.bayviewfuneral.com.

Mick passed away Thursday, Aug. 8, 2013, at his home from multiple myeloma, a form of bone marrow cancer. 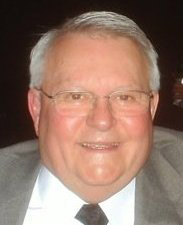 Michael Jaquette was born on Aug. 17, 1944, in Guttenberg, Iowa, the oldest of four children of Dale “Mike” and Eunice (Schweikert) Jaquette. Mick grew up in Guttenberg, where he graduated from high school. He then attended Upper Iowa University. On Aug. 13, 1966, Mick was united in marriage to Judy Bowen in Dubuque, Iowa. Mick served with HQ Company of the 389th Engineer Battalion of the U.S. Army Reserve in Dubuque from 1966 until 1972 and served as commander of Leo Carey Post 56, Albert Lea. He was a big supporter of the Legion Boys State program and was selected as a representative to the Hawkeye Boys State in 1962.

Mick was a sales and marketing representative for Sun Oil Co. from 1966 to 1977. He owned and operated Mike’s Service Station from 1977 to 1990 in Guttenberg. While in Guttenberg he served on the Guttenberg Municipal Hospital board. Mick later worked for Rainbo Oil Co. of Dubuque. In 1995 Mick and his wife moved to Albert Lea where he worked as a sales director for South Minnesota Oil Co. until his retirement in February of 2012.

Mick was preceded in death by his parents Mike and Eunice and in-law’s Chick Bowen and Bessie (Phil) Schwinn.