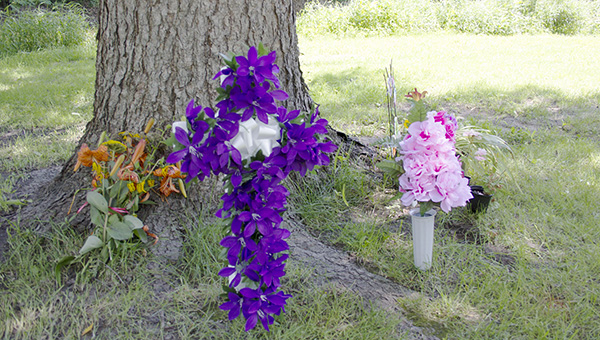 NORTHWOOD — The Northwood woman who died Monday after she was stabbed in Swensrud Park was allegedly assaulted and strangled last month by the same man who is suspected of killing her.

After that alleged attack, a Worth County District Court judge issued an order of protection for Justina Marie Smith, 30, of Northwood, against her live-in boyfriend Tyrone Washington Jr., 39. Washington was ordered to stay at least 1,000 feet away from Smith, her two children, and her home and workplace, according to court documents.

On July 29, Smith asked that the restraining order be lifted, but then on Aug. 2 she asked that it be reinstated.

“I feel like he has a lot of issues and will not stop harassing me,” she wrote in a letter to the court. “I feel that it is in the best interest of my family at this time to have a restraining order on him.”

Smith died Monday after what an autopsy has described as multiple sharp-force injuries, and Washington has been charge with first-degree murder.

Iowa State Patrol troopers arrested Washington in Scott County, Iowa, Monday afternoon after he allegedly stabbed Smith in the park and then fled the scene and took her car, a silver 2003 Pontiac Grand Prix.

Washington was spotted on Interstate 80 in Cedar County before allegedly leading police on a high-speed chase ending in Scott County, where he reportedly drove through corn and bean fields along the interstate.

He faces several other charges related to the pursuit.

Authorities have stated Washington lived in Mason City, but according to court documents filed in Worth County District Court, he lived with Smith at least within the last month at an apartment at the Schoolside Apartments, 607 Seventh St. N.

He listed this as his address when applying for a public defender to represent him in July.

Liz Halloran, a co-worker of Smith’s at Burger King, said Smith and Washington had been seeing each other for several months.

Worth County Sheriff’s Office deputies responded to the apartment after receiving a 911 call.

Smith told police she and Washington were arguing and Tyrone “got in her face.” When he did this, she tried to push him back, and that was when he allegedly “grabbed her by the throat and threw her on the bed and began to choke her,” court reports stated. He also allegedly hit Smith in the mouth and on the side of her head.

She had red marks and handprints around her neck and throat that were consistent with her account of the story.

When a deputy attempted to arrest Washington for domestic assault, he reportedly ran, and the deputy had to request backup.

In addition to the domestic assault charge, he was charged with resisting arrest and interference with official acts.

On July 29, Smith submitted a request to the judge that her no contact order against Washington be terminated. She also requested the charges against him be dropped.

“Tyrone is not a threat to me or my family,” she wrote. “This was the only fight we had that he put his hands on me.”

She wrote that she loved him and knew he loved her, too.

Washington was charged with violating the no contact order on Aug. 1, but that charge was ultimately dismissed.

On Aug. 2, Smith submitted another letter asking if she could keep the restraining order, according to court documents.

Friends and family of Smith gathered throughout the day Wednesday in Swensrud Park, leaving behind flowers and other items near the tree that she was stabbed.

“I’m still shocked,” said Sarah Hilsenhoff, whose children had played with Smith’s children. “How could somebody take somebody so sweet out of this world?”

Hilsenhoff said she and her family moved from the Twin Cities to Northwood about a year ago hoping it would be a better life.

“Living in the Cities, this was common,” she said. “We thought our children would be safe down here.”

In addition to feelings of shock, Halloran said she is also angry.

“She was a great lady, a great mom,” she said. “She was easy to get along with and had a lot of hopes and dreams.”

She cried as she looked at the flowers set up around the tree, where within feet there were still muddy tire tracks from Monday.

Halloran said she had known Smith for about five years through employment at Burger King, near Diamond Jo Casino. Washington had also worked there.

She said Smith had left Burger King to work at Casey’s, but she had recently returned to the fast-food restaurant.

“She was just at my house on Saturday,” Halloran said. “We were supposed to tan today.”