Auxiliary members from Glenville representing the American Legion Auxiliary No. 264 were Cindy Nelson and Sandy Fredrickson. 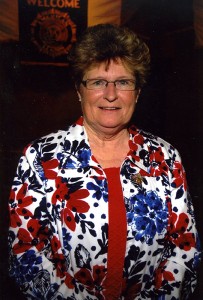 Raleen Tolzman of Cleveland, state president of the American Legion Auxiliary presided. Martin Warnsholz, the mayor of the city of Mahnomen and White Earth Reservation Tribal Council and Robert Durant, secretary and treasurer, welcomed everyone to Mahnomen and brought their greetings. Incoming honorary department junior President Kaitlin Fernlund, a member of the Waite Park Unit No. 428, brought greetings from the junior (members who are under the age of 18) auxiliary. Greetings were also brought by the 2013 governor of Minnesota Girls State Caprisha Buchanan of Circle Pines. Keynote speaker was the Northwestern National Vice President of the American Legion Auxiliary, Doris Ann Werlinger, of Rapid City, S.D.

Special highlights of the convention were that many changes were made to the Department of Minnesota Constitution and standing rules. The changes will put the auxiliary in compliance with the IRS rules.

Glenville unit No. 264 received the senior unit history certificate for the best veterans history from 2012 to 2013.

Glenville Post No. 264 auxiliary unit and SAL are proud to support her accomplishments and will work with her today and tomorrow working programs for the veterans. They are not forgotten.