The family George Zimmerman rescued from their burning SUV is refusing interviews for fear of their lives. 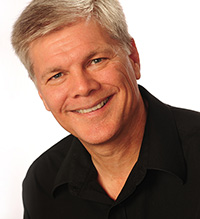 A woman whose phone number is one digit different from that of the line Zimmerman used to call police is getting death threats. That phone number appeared repeatedly throughout the trial.

George’s family is in hiding from death threats.

When a news intern asked President Barack Obama’s spokesman, Jay Carney, if the president was going to do anything to protect Zimmerman’s family, Carney sneered.

This, after Judicial Watch discovered documents showing President Obama’s Department of Justice helped organize anti-Zimmerman protests, leading to the firing of the Sanford police chief and the ultimate trial of George Zimmerman who, in case you may have forgotten, was found not guilty of murder or manslaughter.

This innocent man, whose maternal grandparents were black and Hispanic, has been portrayed as a racist and now fears for his life due to the press.

There is pushback now against the Obama administration, Al Sharpton, Jesse Jackson and others determined to bring Zimmerman to court on charges that Zimmerman violated Trayvon Martin’s civil rights.

This pushback is from both the political left and the right.

Conservatives are fighting against the president’s potential to override the rule of law.

Democratic Party-leaning inner-city minorities are fighting for their lives.

While conservatives are sharing research from the British press that the American press is ignoring about George Zimmerman, local papers like Philadelphia’s Daily News are sharing the stories and opinions of city minorities who are sick of the big national games being played with the lives of George Zimmerman and his family while their political leaders ignore the violence that takes so many lives from their families every day.

Here’s what the London Telegraph published about George Zimmerman that you likely have never seen, heard or read in the major media outlets in the U.S.:

• George Zimmerman and his black friend opened an insurance company in Florida.

• George Zimmerman launched a campaign to help a homeless black man who was beaten up by a white kid.

• George dated and took a black girl to the prom.

Still, powerful people say he’s a racist and needs to be put in jail somehow even though he shot Trayvon in self defense.

In the city of Philadelphia, people are angry at the activists spending so much time protesting Zimmerman and ignoring their local “Trayvons.”

“Trayvon, OK, but what about Tremaine? What about this other little boy that got killed?”

Tremaine Rogers was one of hundreds of Philly’s murder victims over the last year.

“Seventeen-year-old Tremaine Rogers didn’t have a bag of Skittles or an iced tea on him when he was shot in the back on July 13 outside of his home. He had a basketball.

He was killed in his own back yard at 4 p.m. by two black men for refusing to answer one question: ‘We cool?’”

“Everybody automatically assumes that if you hear of a young African-American getting killed he was involved in something negative,” says Tremaine’s mentor, Kenyatta McKinney, who has lost 35 friends to the streets of Philadelphia. “People are just becoming a number in Philadelphia.

Aaron Rogers, Tremaine’s 19 year-old brother, said, “We’re living in a city where people die over a conflict, over a female, over a dollar, over drugs. It’s a lot of petty things going on.”

The fact that the verdict in the George Zimmerman trial came just hours after Tremaine’s slaying and dominated the news for days did not make things easier for his family.

“I feel like people don’t understand. It’s black-on-black but they’re worried about white-on-black.”

“They just trying to be racist.”

Did you hear that, Mr. President? That’s from the street, not a professional activist.

Rick Jensen is Delaware’s award-winning conservative talk show host on 1150AM WDEL and 93.7FM HD3, streaming live on WDEL.com.Contact him at rick@wdel.com.