Angie Beloate and Tim Tappe, of Albert Lea, were married on June 15, 2013, at Grace Lutheran Church in Albert Lea. 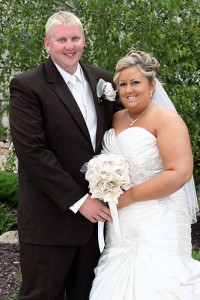 The bride’s parents are Cathy and Jim Bronson of Albert Lea and Jeff and Donna Beloate of Eau Claire, Wis. Grandparent is Birdie Bowman of Albert Lea.

Flower girl was Carly Anderson, of Albert Lea, daughter of Becci and Randy Anderson, friends of the couple.

Ring bearer was Carter Tappe, of Albert Lea, son of the couple.

The groom is a 2004 graduate of New Richland-Hartland-Ellendale-Geneva High School. He is employed with Albert Lea Township Fire Department and Charter Communications.

A reception was held at America’s Best Value Inn in Albert Lea following the ceremony.

A family vacation and a trip to Las Vegas is planned.