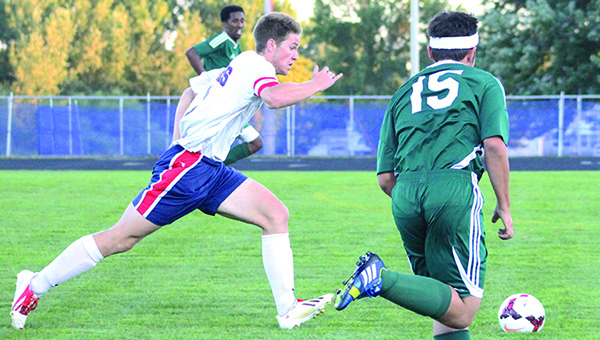 The Tigers scored four times in the game’s first 10 minutes and held onto that lead the rest of the way en route to a 4-0 victory over Faribault. 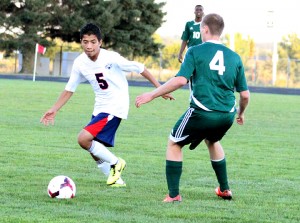 “We played really well in the first half,” Albert Lea head coach Joe Squires said. “We moved the ball quickly and got away with some good counter-attacking goals.”

Jiro Andrade got the party started for Albert Lea in the fourth minute when he found some space in the penalty area and beat Faribault’s goalkeeper Adam Johannsen, who was injured on the play. The injury forced Faribault to switch keepers for a few minutes.

Timothy Furland and Carter Dahl met the new keeper with two more quick goals before Johannsen was put back in the game. Albert Lea would make it 4-0 in the ninth minute.

“That allowed us to get a little more comfortable and set the game at the pace we wanted,” Squires said.

The majority of Albert Lea’s goals and opportunities came via the through ball. Squires said his team was able to find success because of the offsides trap that Fairbault was playing, but added that he made an emphasis to slow down the play after the through ball.

After the 10th minute, the Tigers’ defense dug in.

“The defense really supported one another,” Squires said. “They were playing really physical.”

Even after the goals stopped, the Tigers still controlled much of the possession and still earned solid opportunities.

Both Foster Otten and Nate Hogstad saw time in net.

Next, The Tigers will host the Albert Lea Soccer Invite Saturday at noon. The girls’ soccer team will also be in action at the invite starting at 10 a.m.