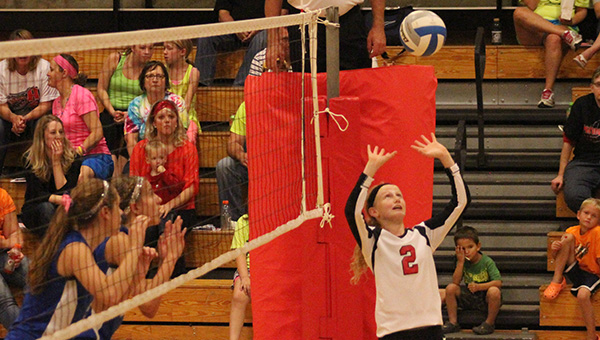 In terms of time spent in the gym, the Alden-Conger volleyball team didn’t give its home crowd their money’s worth Thursday night, but the result was perfect for the hometown faithful.

The Knights made quick work of the Raiders, sweeping them 3-0 in less than an hour. 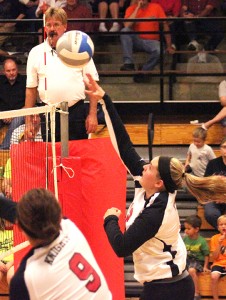 “It was a nice game. The girls came out intense,” Alden-Conger head coach Jolene Bute said, adding that she was pleasantly surprised with the girls’ energy level considering it’s homecoming week. “They came out and played ball, and I think they’re starting to feel comfortable with each other.”

Alden-Conger bookended a competitive second game with blowouts in the first and third game.

Brooke Reyerson led the way for the Knights with eight kills, Cassie Gilster had seven kills and Erika Bute had 30 assists and two ace serves.

The Knights needed a comeback near the end of Game 2 as they trailed by a few points near the middle. However Alden-Conger prevailed 27-25 in extra points. 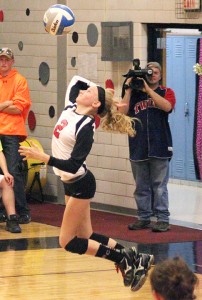 “Nicollet had some good runs in there in that game, and we stuck with it,” Bute said. “I was very happy to see them stay focused.”

Alden-Conger’s passing was crisp all night, and the team had little trouble setting up its offense throughout the night. The Knights had a quick start in Game 3 and seemed to break Nicollet’s will in the match.

“Once we come out firing, they gain their confidence and then it’s hard to stop,” Bute said. “Our defense comes right along with it then.”

Alden-Conger will be back in action at the LeRoy-Ostrander Invitational Saturday. The time is yet to be determined.