An unexpected career in banking 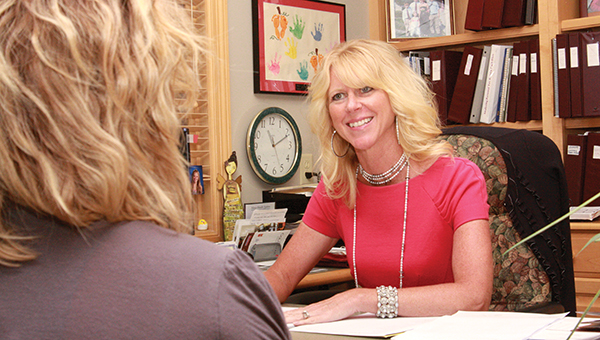 After starting from the bottom and working her way up, Albert Lean Sue Loch knows the ins and outs of running a bank.

Sixteen years ago, her father, Joe Narverud — who has owned the State Bank of Clarks Grove since 1972 — approached her and asked her if she wanted to work for him at the bank.

At the time, Loch was the director of The Children’s Center at Riverland Community College, but Narverud’s partner was retiring and her father needed some help. 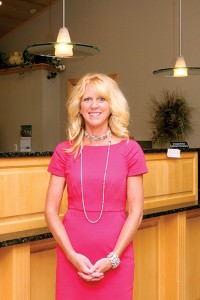 Though she had no formal training in the banking industry, she began as a teller at the bank’s Clarks Grove branch, also taking on lesser responsibilities such as mopping floors and watering plants when needed.

“That was a huge gift because now I understand the workings of the bank,” she said.

She worked as a teller for several years before becoming vice president. She then was named president in 2008 after Narverud stepped down.

Loch said she was also a part of the construction of the bank’s Albert Lea branch, as well as the subsequent closing of the Clarks Grove branch.

As she looks back over her time with the bank, she said she is inspired by her father, who celebrated his 50th year in banking last year.

“He is an inspiration because he worked his way up,” she said. “He bought the bank from his uncle, and he has always tried to look out for the little guys. I think that’s hugely important for our world of banking. The people who don’t have money are just as important as the people who do.”

She said she tries to remember that every day.

A mother of three, Loch has learned to balance her family life, her community commitments and her work responsibilities. She is at the office most days.

As president, she oversees all of the operations of the banks, writes loans, conducts financial risk ratings and completes any regulatory reports.

“I wear so many hats that it’s super exciting and challenging — and sometimes a little bit overwhelming,” Loch said. “It’s a full-time job to keep up with the regulations that are being passed.”

She attends several regular meetings, but a lot of her time is spent helping customers who stop into the bank — what she described as her favorite part of her job.

She recalled a customer who was retiring and wanted to buy a house in Arizona, a mother who needed a little extra money for her daughter’s wedding and a person who was starting a new business. She was able to help them all.

“I love being able to make things happen for people,” Loch said. “Those are by far the greatest parts of my job.”

Outside of work, she and her husband, Brad, and her children can often be found at different sporting events. She is a member of the Naeve Health Care Foundation and teaches Sunday school at First Lutheran Church, where she is on the church’s youth commission.

She said she has learned to leave her work at the bank instead of bringing it home with her.

“When you’re in a small town, you see people in town or at church who aren’t paying their loans,” Loch said. “You have to just let that go, or it will drive you crazy. I try to leave that at the door.”

The challenges of banking in a small town

When Loch started at the bank she said there were no debit cards and no Internet banking. To have banking needs met, people needed to come into the bank.

“Our world has changed with technology that you don’t have to go to the bank anymore,” she said. “It’s become very challenging in a smaller town to have a bank because of the environment right now with the low rates and the economy.”

Add that in with new regulations, and she said she is

concerned that more and more community banks are going to close. She is working hard to make sure that never happens to her bank.

“We have so much to offer for the guy that doesn’t fit the ‘numbers’ of the bigger banks,” Loch said.

She credited her staff of six employees who she described as “the face of the bank.”

She also talked about treating customers like family. From the beginning, the State Bank of Clarks Grove has been a family affair.

She said her parents still own a majority of the bank, and she, her sister and brother also own a portion.

While she is president, her sister, Julie Johnson, is vice president of the bank. Her brother worked for a short time with information technology there.

Though it’s not where she thought she would end up 20 years ago, Loch said it has been a pleasure to live in Albert Lea and meet the people she has.

“I’m completely shocked that I ended up where I am today,” she said. “I didn’t expect to be living here. I just never thought that was in the cards.”

• Hometown: lives in Albert Lea and was born in Clarks Grove