The conservative 1st District candidate is taking his message of government deregulation and market-based fiscal policy on the road after he declared his intention to unseat U.S. Rep. Tim Walz, D-Mankato, on Wednesday night. 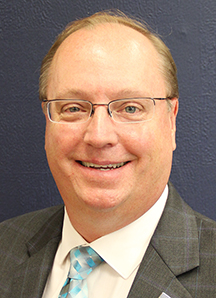 Hagedorn, 51, of Blue Earth, is the third GOP candidate thus far vying for Walz’s seat. State Rep. Mike Benson, R-Rochester, and Aaron Miller of Byron have also announced their candidacy for the 2014 race.

Hagedorn stopped by Albert Lea on Thursday to tout his record working for former U.S. Rep Arland Stangeland in the 1980s, as well as his work at the Treasury Department. His main focus is federal deregulation, from repealing Obamacare to taking a better look at the Environmental Protection Agency.

“Congress needs to be more powerful in that area to take back control,” he said.

Hagedorn said he sees Obamacare, which he considers a “cancer that has been injected into the U.S. medical system,” as a toxic set of reforms that could drive up costs for citizens with little benefit. He would advocate for a market-based set of reforms to allow people to better shop for medical care, and to reform health insurance to make it more like auto or home insurance.

“It’s a huge burden on business,” Hagedorn said of Obamacare.

In addition, Hagedorn would like to see Congress thoroughly reform the EPA by rewriting federal mandates, instead of allowing EPA officials to create regulations.

“That’s within the prerogative of Congress,” he said. “In this particular instance with that particular agency, that’s what would be required.”

On immigration reform, Hagedorn is against any sort of amnesty for undocumented residents in the U.S., though he believes work programs allowing foreign-born residents credit toward citizenship could be a solution.

Agricultural reform could be another target for Hagedorn, who would like to see the Dodd-Frank Act, a consumer protection bill passed in 2010 in response to the 2009 recession. Hagedorn said the act places undue economic stress on small business owners and farmers trying to make a living.

“Young farmers can’t get into the business anymore unless they have a father or grandfather in farming,” he said. “They don’t have the capital.”

Hagedorn acknowledged Freeborn County is a place that the majority vote can end up either Republican or Democrat and he hopes to beat Walz here.

Hagedorn said he would honor the Republican Party endorsement, and he faces many challengers for it: Aaron Miller, a Byron resident and account manager in the health care industry; Mike Benson, a state representative from Rochester; Allen Quist, a St. Peter farmer and professor, and Randy Demmer, a Hayfield farmer and business owner.