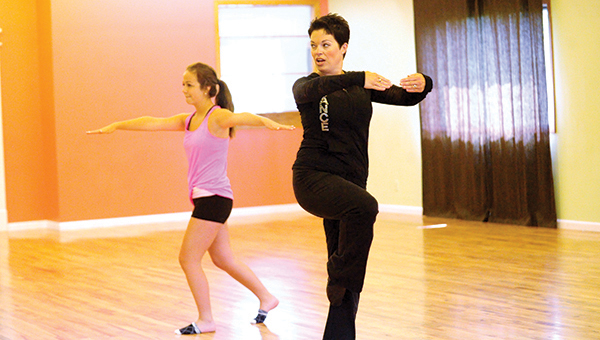 A hobby an Albert Lea woman started when she was just 3 years old has turned into a career that most days doesn’t feel like work.

“This is better than what I dreamt of doing,” said Aimee Struck, the program director for Just for Kix in Albert Lea. “Things work out how they are supposed to.”

Forty-three-year-old Struck danced from her toddler days all through her teenage years, even acting as a teacher’s assistant and running her own classes when she was in high school. Right out of high school Struck wanted to have her own studio but instead went to Mankato State University to get a degree first.

Once in Mankato, Struck chose to pursue a degree in sociology and corrections. While in college, she took dance classes and even wrote a paper about the stepping stones of life and personal goals. One of the goals she wrote about in her paper was someday owning her own studio, a paper she found again just a couple months ago. 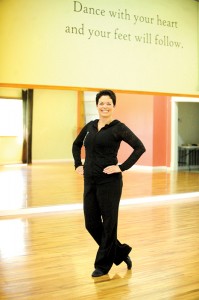 Aimee Struck turned her favorite hobby into a career.

After graduating from Mankato State University in 1993, Struck still didn’t pursue her own dance studio. She began working as a paraprofessional at Lakeview Elementary School in Albert Lea, staying there for three years until she saw an ad in the paper for the opportunity she had been dreaming of. The ad was for Just for Kix, which was looking to open a program in Albert Lea.

Struck met with Marny Rohr, the Just for Kix director in Austin, in the fall of 1996 and began her very own studio as a franchise of Just for Kix.

Struck said her program is one of the largest Just for Kix programs. In her first year she estimated she had 75 dancers. Now, she has about 325 to 350 dancers.

One of her goals is to someday reach 400.

“It’s important to always strive to be better and do better,” Struck said. “To not settle and get into a common routine, but to instead have goals and dreams and to reach your potential and I don’t feel I’m there yet.”

As a program director, Struck doesn’t just teach dance lessons. She has to stay organized while making phone calls, sending emails and completing other tasks involved in having a business.

In doing so, Struck has a large support system. In the local program she has two head instructors and three assistants. Then she has her family members who help with announcing, setup, logistics and T-shirt sales at competitions. And finally, on a larger scale, Struck said the Just for Kix company, which was started by Cindy and Steve Clough in 1981, is a network full of directors who go out of their way to help each other.

“Everyone wants to step up to the plate and help out,” Struck said.

Struck shared how she one time stepped in to help out a director who needed to be gone from her program in South Dakota. Once a week for a couple of months Struck drove to Sioux Falls, S.D., to teach what remained of a season and put on the final show.

“That’s what you do,” Struck said.

And Just for Kix doesn’t let the efforts of their directors go unnoticed.

For helping out in South Dakota, Struck was presented the Above and Beyond award. Over time she has been presented with other awards including the Good Growth Award and in 2001 was named Director of the Year.

“That’s the award everyone wants,” Struck said. “It was a cool moment for me having my hard work acknowledged.”

• Inspiration: Her dancers and Cindy Clough, the executive director of Just
for Kix