Farewell to the lodge 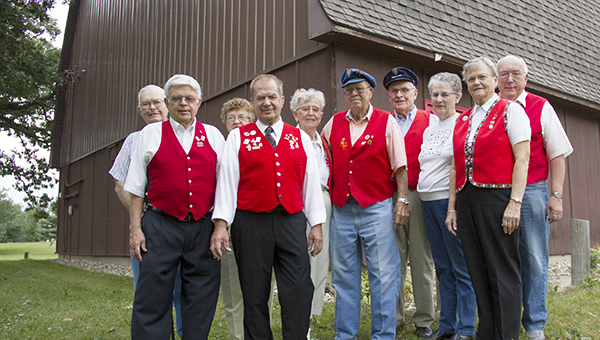 After 36 years under one owner, the Albert Lea Sons of Norway barn is changing hands.

The barn and the 3 1/4 acres of land that surround it sold for $60,500 in an online public auction on Aug. 27, said commercial real estate broker Tom Leland.

The transaction has not yet closed. The property is in the Lake Chapeau neighborhood across from the City Arena.

Travis Wasmoen, who won the auction, could not be reached for comment.

Sons of Norway President Wayne Olson said though the club no longer will have the barn it is not disbanding and will still continue to meet. 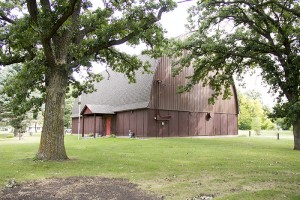 The Sons of Norway barn sits off of Lake Chapeau Drive in Albert Lea.

The club has seen a declining membership in recent years going from as many as 800 members at the time the barn opened in the late 1970s to about 140 presently.

Over the years, it has hosted numerous festivals, lutefisk suppers, programs, dances and clothing drives. Trips to Norway were planned and organized. Some members taught Norwegian language classes.

Olson said the mission of the organization is to promote and preserve Norwegian heritage, though members do not need to have Norwegian ancestry.

“It’s a misnomer that you have to be from Norway,” he said.

In 1977, the club’s members voted to purchase the barn, which had formerly been on a farm and was moved to its current site to be used as a student center for the former Lea College, which closed in 1973.

In February of 1978, after hundreds of hours of remodeling by its members, the barn opened for its first meeting with both district and international officers present.

Dick Bjelland, who served as president in 1981 and 1982, said there were more than 800 members in the height of the club. The members provided additional upkeep over the years.

After seeing a declining membership, the members voted to sell the barn three or four years ago, Vice President Paul Anderson said.

“I think for everyone who has participated, it’s really like losing a friend,” Anderson said. “It’s really sad because some of these guys have put in hours and hours of donated time.”

In the immediate future, the club will meet at the Freeborn County Historical Museum. The next meeting is slated for 7 p.m. Oct. 9, and the Leif Erickson banquet is scheduled for Oct. 18. For reservations, call 826-3176.