In the habit of winning 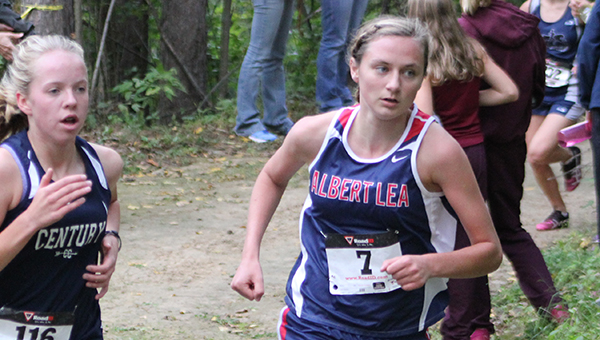 Both the Albert Lea boys’ and girls’ cross country teams capped off impressive weeks of competition with another strong race in Winona on Saturday.

The girls’ team captured the victory at the 16th annual Jim Flim meet, and the boys’ team finished fourth out of 16 teams. 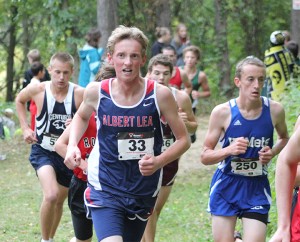 “Both teams can see that all the hard work during practice is paying off as we continue to improve to reach the ultimate goal of a Big 9 title,” Albert Lea head coach Jim Haney said. “We are coming together as a team, and times are moving down to where we want to be.”

The girls’ team has made a habit of winning the Jim Flim meet; this is the third straight year that Albert Lea has come out on top. Both Anna Englin and Haley Harms posted top-10 finishes. The Tigers completed the meet tied with Dover-Eyota, but won the tiebreaker, because the Tigers’ sixth-place runner, Carol Lein, came in ahead of Dover-Eyota’s sixth-place runner.

Jackson Goodell led the boys’ team with an eighth-place finish, and Caleb Troe also had a top-15 finish for the Tigers.

“Troe had another outstanding performance. He is becoming a strong, consistent runner and that is what the coaching staff is looking for,” Haney said.

Both the Albert Lea boys’ and girls’ will be back in action in Mason City at 4:30 p.m. Thursday.