Lake Mills beats Central Springs, gets back on track 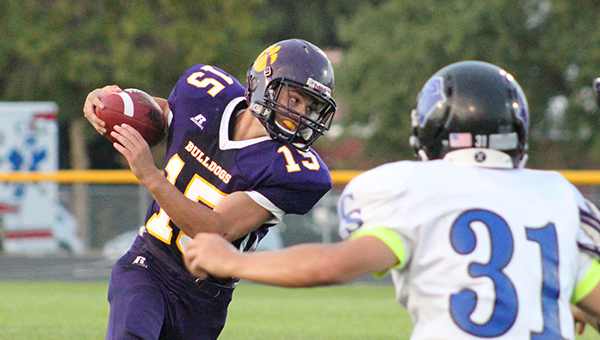 Running back Chaden Riles scored three touchdowns and led the Bulldogs to a 41-14 win over Central Springs.

“I felt like I was doing pretty well, but I can’t take all the credit,” Riles said. “My line was doing great; my fullback was making blocks.” 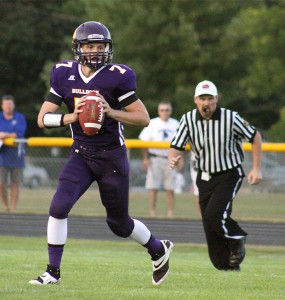 Central Springs got on the board first when it scored on a 6-yard run early in the first quarter, the two-point conversion was successful following the touchdown.

“Some of us were a bit scared at first when we saw their run. They got a good run and got their touchdown,” Riles said. “After a while, we realized we could beat them. They’re big, but they weren’t that fast.”

The Panthers boasted a strong running attack with senior Blake Blickenderfer but were largely held in check by the Bulldogs defense.

“I thought we did a great job,” Lake Mills head coach Bill Byrnes said about his team’s defensive effort. “The first drive he had two big runs, but after that I think we shut him down.”

Trailing 8-0, Riles and the Bulldogs offensive line went to work and rattled off 6-yard touchdown runs in both the first and second quarter to give Lake Mills a 14-8 lead.

“I thought they did a great job,” Byrnes said of the offensive line. “I thought we got off the ball well, I thought our zone scheme did a good job and we kind-of neutralized their size a little bit, because they’ve got some big kids.”

Lake Mills forced a fumble on the ensuing kickoff after Riles’ second touchdown and marched down the field looking poised to throw a knock-out punch at the Central Springs defense. The drive, however, was derailed with a fumble lost deep in the red zone.

The Bulldogs leaned heavily on the ground game all night, and it was easy to see that it wore out the Central Springs defense.

“We were hurting them; they were getting tired,” Riles said.

The Bulldogs extended their lead right before halftime on a short pass from quarterback Hunter Kingland to Paul Pins. Lake Mills led 20-8 at half.

The Bulldogs picked off quarterback Brandon Hebel twice to open the second half. The second pick led to Riles’ third touchdown. A punt return by Pins made the score 34-8 in the fourth quarter.

Blickenderfer broke a long touchdown run in the fourth quarter to cut the Lake Mills lead to 34-14, but the Bulldogs answered with a 10-yard touchdown run by Jonah Ringham.

The game saw multiple stoppages due to players cramping, but none of the injuries appeared to be serious.

Lake Mills will open up district play at home against Southeast Webster at 7 p.m. Friday.