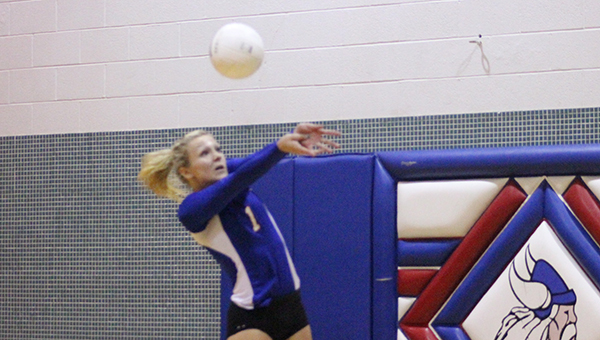 NORTHWOOD — They needed multiple comebacks and overcame adversity along the way, but the Northwood-Kensett volleyball team would not be denied.

The first two sets mirrored each other with both teams trading the lead. Northwood-Kensett made a valiant comeback in the first set, but ended up falling short.

St. Ansgar laid the hammer down in the third set. It led from start to finish and won big. 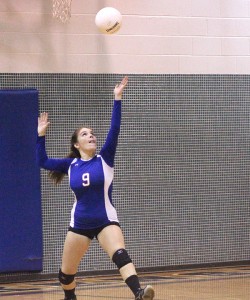 “I think they started giving up on themselves and not believing,” Northwood-Kensett head coach Heather Rheingans said of the third set.

The Vikings responded well after the dreadful third set to take an early 5-0 lead in the fourth set. St. Ansgar took a timeout to attempt to stop the bleeding, but Northwood-Kensett led throughout.

“We took a timeout and had a little heart to heart,” Rheingans said. “And they came back and showed everybody what they’re made of. I’m really proud of them.”

After two non-competitive games, the two teams came back together in an exciting fifth game. A controversial line call in favor of the Vikings was changed in favor of St. Ansgar, creating a two-point swing. However, the Vikings were not frazzled by the call and won the game and the match in extra points.

“I try to tell them that some things are out of our control,” Rheingans said. “And instead of dwelling on it and getting it in their heads, we move forward, we push forward to the next point. And they really dug deep and proved that. They believe in that.”

Taryn Van Ryswyk led the Vikings by going 19-19 in serves, Hattie Davidson led the team with 14 kills and Katelyn Jaspers had 36 digs.